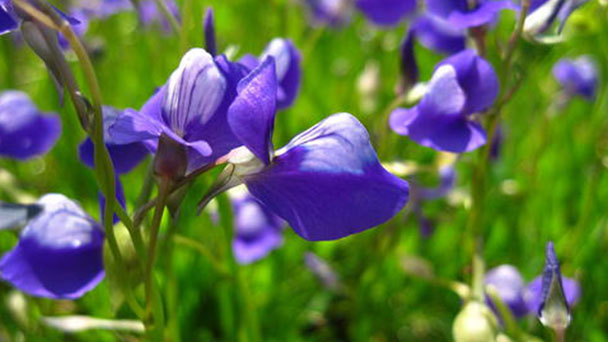 Green or yellow-green plant body, utricularia vulgaris has as long as 100 CMS above the delicate main stem axis, and then by the stem axis on both sides of the growth of branches and in the branch of the growth of beautiful pinnate needle shaped leaf. Their traps are usually green to yellow-green in color and can feed on and digest microorganisms in water.

Cultivation in aquarium tanks, filling bursa may disappear. Flower stems are axillary, with long pedunculated, racemes, usually 4 flowers, open with a beautiful yellow lipped corolla. Utricularia Vulgaris is a small insectivorous plant with a moveable sac-like trap structure that can absorb and digest small organisms. Utricularia Vulgaris comes in many varieties and forms, often growing in clumps on the mossy trunks of wetlands, ponds and even tropical rainforests. Many have a long flowering period and produce clusters of lovely little flowers. 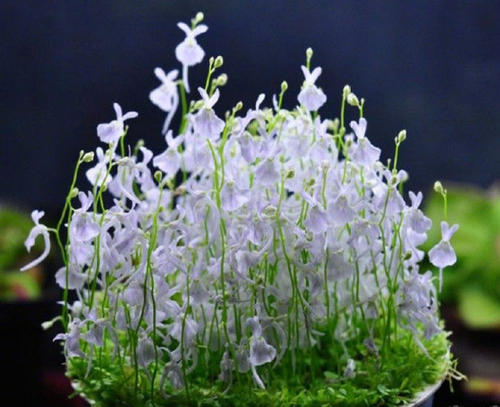 The morphology of Utricularia Vulgaris is very interesting, and the common distinctions between roots, stems, and leaves do not apply.In aquatic species, the leaves are filamentous and rootless. Flowers are on short branches, protruding from the water, in addition, also on the main axis of the short branches to the water, and have very small leaves.T here are many small cysts on the submerged leaves and a membrane flap at the mouth. The structure of the trap makes it possible for small aquatic animals to enter and not exit. If they swim into the trap, they will be digested by an enzyme secreted by the tissue inside the trap. Terrestrial species have special fibrous branches extending in the moss or soil layer.

Utricularia Vulgaris is a perennial herb (a few are annual) and can be found in ponds, ditches, wetlands, trunks of rainforests, etc. Utricularia Vulgaris has long stolons, rootless, impeller or single leaf on stolon branches, aquatic populations have filamentous, often forked leaves, and catapultes at the base of stolon branches or leaves. Flower stems are slender, raceme or a flower top, corolla two - lipped, the base of the distance. Capsule is globose, dehiscent at maturity to disperse fine seeds.

Utricularia Vulgaris, which has spent its entire life in water, has few roots, a thin stem and leaves all over its body that break into filaments like a tangle of green hair.In the summer, a stalk is raised from its stem to the surface of the water, and a few small purple and yellowish-butterfly flowers grow on the top of the stalk. The Utricularia Vulgaris is an aquatic insect-eating plant with small pouches around its leaves that are used for catching insects.

Each pocket has an opening to the outside, and a small lid with four hairs growing on the lid. When the water insect swims to the door of the small bag, as long as gently touch, the small cover opens to the inside, the insect swims into the pocket and can not come out again, because the cover can only be opened from the outside to the inside, but can not be pushed out from the inside. But Utricularia Vulgaris can't produce digestive juices the way other insectivorous plants do, so it must be absorbed slowly after the insects that snare themselves have starved and rotted. Utricularia Vulgaris is often found in rice paddies, swamps and ponds and is found almost everywhere in China.

How to Grow and Care for Utricularia Vulgaris

Terrestrial and epiphytic populations can be planted with water moss or peat alone, or 1/2 perlite or river sand can be added to them; Aquatic population can use a container filled with water to spread a thin layer of acid substrate at the bottom, can use peat (wet before use), river sand, acid granular soil, etc., in order to facilitate the stability of water quality, such as conditions can use professional aquarium and reference to the cultivation of aquatic plants.

Use water with low mineral concentration. In the growing season of land population, it is suitable to adopt the high-water basin-soaking method to maintain the high humidity of the substrate. The basin-soaking method can be canceled in dormancy or in winter, and the substrate can be kept slightly wet. The epiphytic population needs to maintain high humidity and good air permeability of the substrate, and can also be planted by basin immersion method with low water level. Aquatic population should be replaced 1 ~ 2 times per month according to the water quality, each time about 1/3 of the total water quantity.

The air humidity of Utricularia Vulgaris should be maintained at more than 50%, which can be satisfied in the general planting environment. 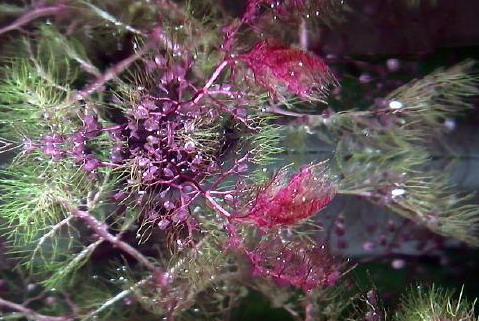 In the growing season, terrestrial and epiphytic populations can use common compound fertilizer dilution 5000 times spray foliage, 1 ~ 2 times a month. The aquatic population can be halved when the water is changed every month, adding aquatic grass liquid fertilizer, which can refer to the cultivation method of aquatic grass. Small amounts of water fleas may also be fed as live food for aquatic Utricularia Vulgaris.

Some temperate species grow winter buds under the stimulation of low temperature in winter, and new plants will grow when the temperature warms up in spring.

Algae have a wide range of habitats and can be divided into aquatic, epiphytic, terrestrial and shallow aquatic organisms according to their growth habits. There are also a few Utricularia Vulgaris species that grow in special environments, such as flowing rock walls, crevices, and tree trunks. They live mostly in other plants or under the water, and are insectivorous plants that do not like bright light.

There are about 170 species of Utricularia Vulgaris: mostly grow in streams, ponds, marshes and other water sources near the moist land.The stalks and traps are born below the ground, with leaves protruding from the stalks.

About 40 species of aquatic: in streams, ponds, lakes and other water surfaces, floating in the water growth, can move with the current.

About 30 species in shallow water: on the edge of water sources such as ponds and marshes, the water depth is usually only a few centimeters, the stems grow under the soil at the bottom, and the leaves float on the surface.It can tolerate high water levels during the rainy season and the whole plant is submerged. During the dry season, the water recedes, but the soil remains moist enough for the species to survive.

About 20 species of epiphytes: attached to rocks, tree trunks, moss or humus, also can be attached to some water in the leaf axils of pineapple.

Some species have multiple growth habits, which can be found either on mossy trunks or on land in marsh grasslands. 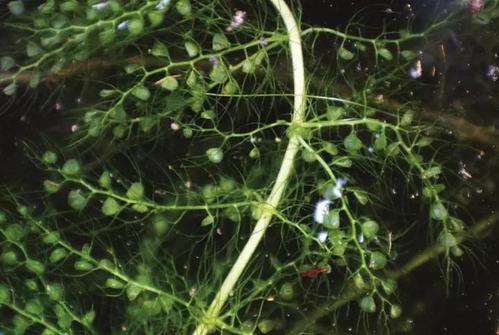