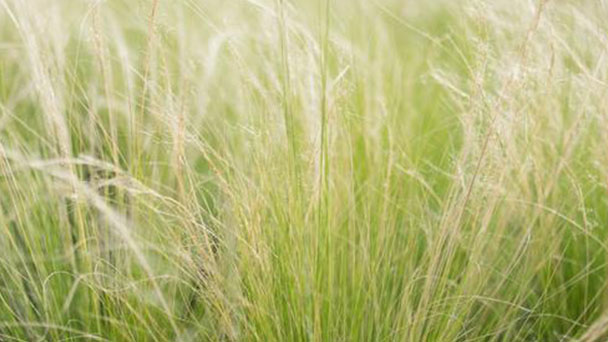 Feather reed grass has erect stalks, tall plants, swaying in the wind, wild. Because the leaves, leaf sheaths, stems, rhizomes and adventitious roots of Feather reed grass all have aerenchyma, it plays an important role in the purification of sewage. Tough stalks, high fiber content, is a rare raw material in the paper industry. It grows more along the lake. 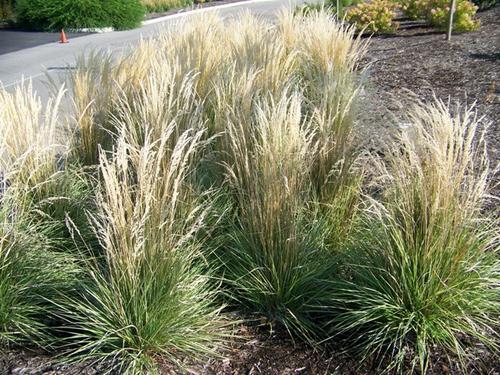 Feather reed grass is a perennial herb. Tall plants, usually between one and three meters in size, have creeping underground stems and hollow stalks.

The Fruit of Feather reed grass is caryopsis.

Feather Reed Grass is a widely distributed polytype species in the world.On rivers and lakes, along the banks of ponds and ditches and on low wetlands. In addition to the forest habitat not growing, all kinds of open areas with water sources often form contiguous Feather reed grass communities with their rapidly expanding reproductive capacity.

How to grow and care for feather reed grass

Feather reed grass grows best in full sun, meaning at least six hours of direct sunlight on most days. However, it does appreciate some shade from harsh afternoon sun, especially in the warmer parts of its growing zones. But if it gets too much shade, it won’t Flower as profusely, the leaves can get floppy, and the plant overall will be on the smaller side.

Feather reed grass is tolerant of a wide range of soil types. But it does best in a rich, consistently moist, well-draining soil. It can tolerate heavy clay soil and wet areas of the landscape, such as on the bank of a pond.

Feather reed grass has moderate water needs. So water it whenever the soil feels dry about an inch down. Mature plants do have some drought tolerance, but even moisture is best. Soil that is too dry will result in a plant that doesn’t reach its full growth potential.

Feather reed grass is regarded as a cool-season grass and doesn't care for intense heat. It should be planted when the temperature is below 75 degrees Fahrenheit, so it has time to establish a root system to take in moisture before the hot weather arrives. Feather reed grass can survive temperatures below freezing. However, in the northern parts of its growing zones it can be helpful to put a layer of mulch over the plant to insulate it over the winter. Humidity typically isn’t an issue for feather reed grass, as long as there is good air circulation around the plant.

Feather reed grass typically doesn’t require any supplemental fertilizer. But organic mulch and compost mixed into the soil both can be beneficial to add nutrients. If you have poor soil, apply a balanced all-purpose plant food in the spring following label instructions.

Because Feather reed grass still looks tidy into winter and can provide interest with the seed heads, most growers wait until late winter or early spring to cut their feather reed grass to the ground. Do so just before new growth appears, so you don’t accidentally prune any new foliage. Use pruning shears or a hedge trimmer to cut the previous season’s growth to a few inches above the soil line. 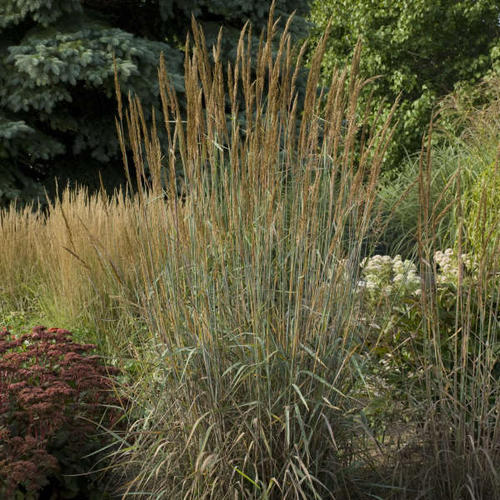 Prevention and control of diseases and pests

The main pests of Feather reed grass are the reef-borer and the spiny grass moth. These two pests generally cause a reduction of about 30% in Feather reed grass, and even no harvest in severe Feather reed grass fields. In order to control these insect pests, from the "prevention first, comprehensive prevention and control" starting, we should pay attention to the following three aspects: one is to timely cut the ground, clean up the light, burn the bottom fire and the surface fire, after cutting the shallow rake loose the soil and freeze the ice, so as to reduce the overwintering places of insect pests, reduce the overwintering insect source, and achieve early prevention. Second, in mid-April, late April to early May, when the first generation of larvae cluster damage, the dead heart seedlings should be cut off as soon as possible, and burned or buried intensively. At the same time, various lights are used to trap and kill. Third, according to the detection and report of insect situation, timely medication prevention and control. Adopt the medicine with internal suction effect and less damage to natural enemies, and focus on spraying the "four sides" to pick and treat the dry heart group. As a result of these measures, the reduction rate of the insect population reached more than 90%.

While feather reed grass won’t spread uncontrollably in the landscape, a clump of it will continue to get larger. Eventually the clump will need to be divided once it’s so large that sunlight and air flow won’t reach its center. This generally will occur every three to five years, and spring is the best time to divide. Simply dig up the clump, and gently pull it apart, keeping as many roots intact as possible. Then, replant your divided clumps wherever you’d like.

There are a few popular varieties of feather reed grass:

Feather reed grass variety in the water, especially beautiful in the flowering season. The new varieties of Feather Reed Grass on the market have the characteristics of cold resistance, drought resistance, high temperature resistance and lodging resistance in deep water, and have the advantages of short-term forming and rapid landscape forming.

Feather reed grass has high biomass, reed leaves, reed flowers, reed stems, reed roots and Asparagus can all be used as animal husbandry, with high feeding value. Livestock like to eat the tender stems and leaves of Feather reed grass, Feather reed grass can be used for grass cutting or grazing and grass cutting, suitable for horses, cattle grazing.In addition to grazing use, hay and silage can also be made.After silage, the grass smells rich. 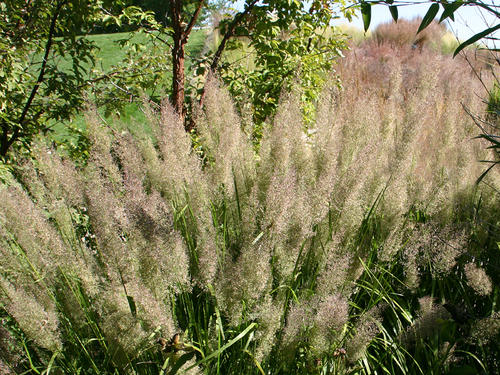