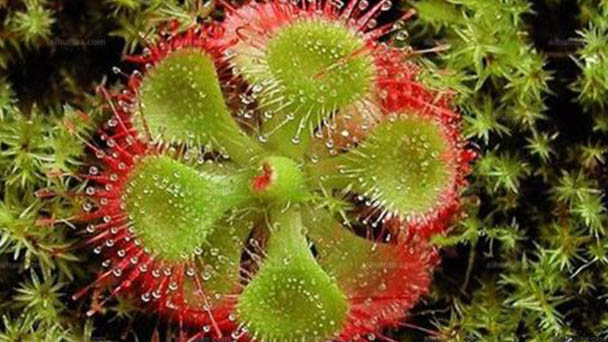 Drosera burmannii is a member of the sundew family. An insectivorous plant, it often grows in grass or on wet rock or sandy soil. The leaves of Drosera burmannii have a roselet-shaped flat floor. The broad, spatula-shaped leaves are covered with glandular hairs around the edges. When the insect falls into the roselet-shaped leaves, the glandular hairs surround the insect. 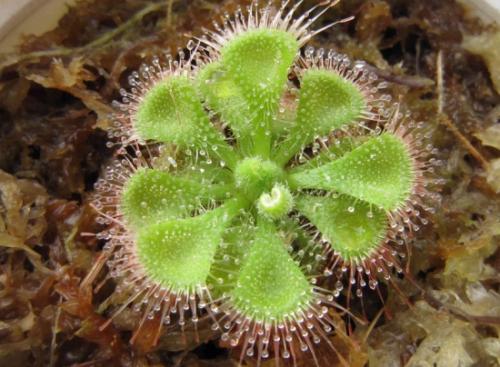 Drosera burmannii is an herb with a short stem without a corm.

Drosera Burmannii is fruiting all year round.

The ecological habits of Drosera Burmannii

Drosera Burmannii is born on hillsides, flat lands, and hilltops; It is found in tropical and subtropical areas of Asia, Africa and Oceania. Harvesting and processing can be picked throughout the year. More at the end of spring and early summer when the plant is exuberant, pluck whole grass, cut off fine and long Flower stems, shake net sediment, dry in the sun.

How to grow and care for Drosera Burmannii

As a native plant of China, Drosera burmannii is an insectivorous plant that is easy to maintain. But since it's still a subtropical plant, it's worth keeping an eye out for in temperate regions.

Do not use ordinary soil, no fertilizer peat mixed perlite, moss can be.

In fact, as long as the sun and water conditions are good, Drosera burmannii can grow very well. It does not need extra nutrients. Too much salt can poison Drosera burmannii. If feeding, avoid feeding oversized or extremely Succulent insects (such as blood-sucking mosquitoes), which will mold or fester before being digested, prematurely wither the trap leaves and even burn the plant. It is recommended that a leaf be fed to only one insect during its lifetime, and if you have the patience to remove the remaining insect husk, do not disturb its photosynthesis too much.

Drosera Burmannii can handle warm temperatures if grown outdoors, but mine started to decline when temperatures climbed above 85 F indoors. Give subtropical conditions. 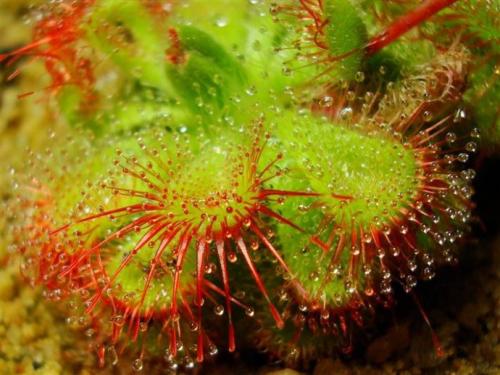 None. Drosera burmannii is normally an annual in nature, but if grown indoors during the colder months under lights, it can grow virtually forever. It will tend to die off after flowering it is not fed again.

Drosera burmannii flowers almost all year round in Guangzhou. The inflorescence is infinite, which means that if you don't stop the elongation of the inflorescence, it consumes almost all of its nutrients and becomes extremely weak, which is why wild Drosera burmannii are often considered annual. Drosera Burmannii, has been growing for a year and a half and is still healthy, though it is expected to disjoint and be replaced by new lateral shoots. Drosera burmannii tend to flower very young, produce fewer seeds naturally and shorten the viewing period. It is recommended to remove the early buds and wait until the plants are large enough to bloom, while also enjoying the beautiful shapes that are larger and more dewy than the online model image. It is recommended to leave about ten buds to ensure that the seeds are fully mature and the plant is not too weak. Seeds of Drosera burmannii in the bud will mature over time and should be harvested as soon as they are ripe. If they are left to themselves, they will become difficult to remove. Drosera burmannii treated this way will quickly return to their mature shape, much faster than they can be reseeded to look good. (Once the Drosera Burmannii spreads, it doesn't really care if it dies, because it's so prolific.)

There is no real winter in Drosera Burmannii's native land, and temperatures rarely fall below five degrees Celsius, so take care in temperate regions. They can also store enough seeds to be replanted in the spring.

Drosera burmannii, which naturally blooms and dies, has a fair chance of producing a few new shoots. A more reliable method is seeding. Most sundew seeds are small and dusty, so sow them with care. Directly sprinkle on moist moss or peat, keep high humidity and bright light, it will germinate in about a month, wait until it grows enough true leaves and then divide into pots. Drosera burmannii is generally bred without leaf insertion.

The distribution of Drosera Burmannii

Drosera Burmannii is distributed in southern Yunnan, Guangxi, Guangdong, Fujian and Taiwan provinces. On flatlands, slopes, valleys and mountain tops, in sunny places or under sparse forests, 50-1520 m above sea level. Drosera burmannii is widely distributed in tropical and subtropical areas of Asia, Africa and Oceania, mostly in coastal areas or islands.

Drosera Burmannii is distributed in the provinces and regions from the southeast to the southwest of China .It is found in tropical and subtropical areas of Asia, Africa and Oceania. Harvesting and processing can be picked throughout the year. More at the end of spring and early summer when the plant is exuberant, pluck whole grass, cut off fine and long flower stems, shake net sediment, dry in the sun. 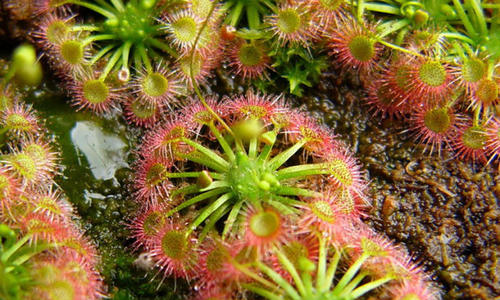