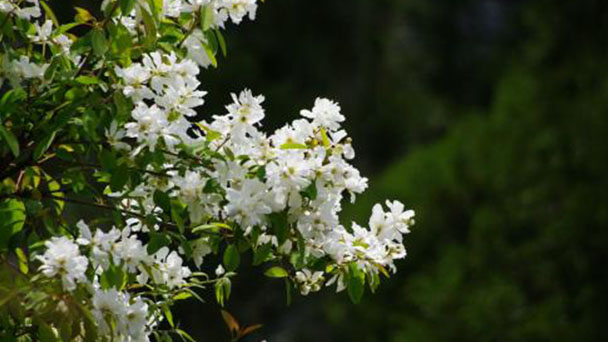 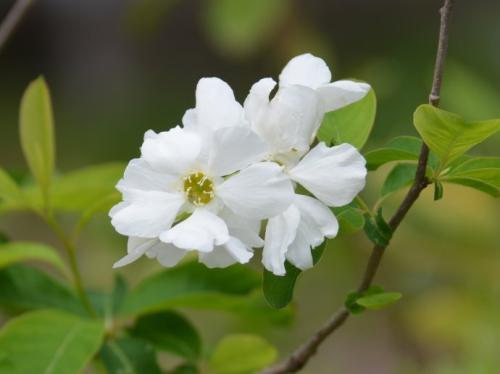 Exochorda Racemosa is born on shady hillsides at an altitude of 250-500 m.

How to Grow Exochorda Racemosa

Where to Grow Exochorda Racemosa

For open planting in North China, it can be carried out in late autumn after Exochorda racemosa leaves or in early March before budding in early spring, when the survival rate of planting is the highest. When the soil was transplanted too early and not yet thawed, the fibrous roots were easily damaged too much.If transplanting too late, the growth and development of leaf buds and flower buds are relatively fast, and the overground part will affect the recovery of tree potential due to excessive evaporation, and even affect the normal growth and flowering of the second year. Small seedlings can be naked root dipping in mud or with the soil with the root of the transplant, the best big seedlings with soil ball, soil ball diameter to crown diameter 1/2 is appropriate, the soil ball needs to be wrapped.

Exochorda racemosa has well-developed roots, vigorous growth, abundant flowers and leaves, and consumes a lot of water and nutrients throughout the year. Therefore, to strengthen water and fertilizer management.For surviving plants, the first application of fertilizer before flowering should be carried out in early March. This application should be based on decaying cake fertilizer with appropriate phosphate and potassium fertilizer to promote Exochorda racemosa flower bud growth.The second fertilization, should be carried out in the middle and late May, this fertilization should be based on the organic fertilizer of heat decay, supplemented by phosphorus and potassium fertilizer, to promote fruit growth.The third fertilization, before entering the winter, should be combined with winter irrigation ditches, applied with diammonium phosphorus, increase soil temperature, to ensure the safety of plants over the winter.

Planting three or four years of growing seedlings, before planting can be re-cut, reduce transpiration, the nutrient concentration in 30 cm to 50 cm high stem.After planting, strengthen management to promote the rapid growth of strong branches after living, so that the tree crown plump, the next year can be out of luxuriant flowers.

After successful transplantation, annual pruning is advisable during the dormant period of Exochorda racemosa. Before the germination of deciduous leaves, it is better to early spring before the SAP flow or just began to flow, that is, when the leaf buds or flower buds just began to expand or just turn green when pruning.In North China, early March is the appropriate period for pruning.If the pruning is too early, the wound is vulnerable to freezing or drought damage; Cultivation is too late, plant new shoot has been taken out, at the same time inflorescence also is in rapid stretch out, right now pruning can make nutrient consumption is too big and affect tree potential. If the plant to cut dry renewal, it is appropriate to fall backward behavior.

During pruning, pay attention to cutting off thin and weak branches, overdense branches, long branches, dead branches, disinfected and insect branches, and other redundant branches that affect the tree shape, so that the tree crown remains round. After flowering, the remaining flowers were cut off to reduce the nutrient consumption of the tree. Deciduous hind plastic pruning, to be born in those days longer branch executes short cut, in order to promote unripe side branch, form crown round whole beautiful, make next year bloom luxuriant.

How to Propagate Exochorda Racemosa

Exochorda Racemosa can be propagated by sowing, cuttings, or by division.

Sowing of Exochorda racemosa can be in the autumn seed, insolation threshing, choose to take net, close to the next year in February to March drill. Row spacing 20 cm, covered with 1 cm thick marl, cover grass moisture. After a month can emerge seedlings, germination rate 20%. In early April germination unearthed, seedlings are relatively neat, timely uncovering grass, seedlings 3 cm to 4 cm high at times thinning, it is best to carry out after rain, fine days thinning seedlings must first sprinkle water. Seedling of Exochorda Racemosa in addition to weeding, loose soil, from May to June between two or three times applying top fertilizer. Midsummer covers grass to prevent drought, long drought should often water, year-end seedling is about 30 centimeters tall, the highest can reach 60 centimeters. The next year's vernal equinox, plant row spacing 20×30 cm, two or three years can be used for greening.

Cuttings with dormant branches of Exochorda racemosa as cuttings, early spring bud, cuttings selected last year's sturdy branches, Qi section cut, about 12 cm long. Before cutting, ABT2 was used for root powder treatment, and then inserted into the cuttings with a depth of 1/3 to 1/2 of the length of the cuttings, and the row spacing of the plants was 6×8 cm. After inserting, water thoroughly, cover with plastic film to moisturize and shade, and keep moist. Softwood cuttings can be used in summer, with a high survival rate.

The best spring, dig up the mother plant, maintain the integrity of the root system, with a sharp knife into a cluster of two or three branches, which is divided into a higher survival rate. 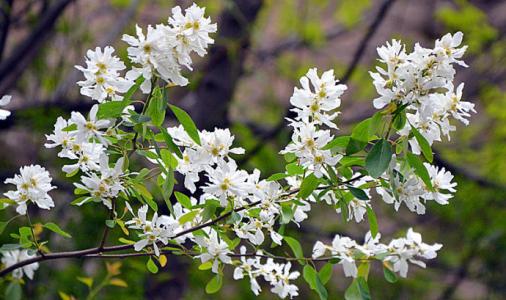 For powdery mildew, early onset can spray 15% powder rust would rather wet powder 1000 times liquid, or 70% methyl tobuzin wettable powder 1000 times to 1500 times liquid, or 75% of the situation wettable powder 600 times liquid, every 7 days to 10 days spray 1 times, even spray two or three times, have good prevention and control effect. The residual effect period of Fenxiunning can reach 20 days and 25 days. After spraying, the white powder layer of the affected part becomes dark gray, and the dry shrinkage disappears. It is an ideal agent for the prevention and treatment of powdery mildew.

For coal dirty disease, mainly due to aphid and scale insects, such as the secretion of stinging insects caused by prevention and control of them is the key.

The main pests of Exochorda racemosa are the yellow thorn moth, the large demoiselle moth, aphids, scale insects, red spiders and so on.

For scale insects and other scale insects, the branches and leaves were sprayed with 1500 to 2000 times of 40% rapid-scale emulsion, or 2000 times of 6% imidacloprid soluble liquid, or 2500 times of pyrethroid pesticide, within 7 days after the nymphs hatching, when no wax was formed or when the wax layer was just beginning to form. The above three agents used alternately, every 7 to 10 days to spray once, continuous spraying two or three times, can achieve good results. The key to spraying is to seize the opportunity (nymphal phase), once the shell is formed, spraying is difficult to be effective.

For red spider, when the number of mites does not affect the growth of trees in summer, water can be sprayed to wash; In severe cases, a uniform spray of 1.8% abamectin emulsion was used for prevention and treatment. Or the use of 15% pyridin emulsion 2500 times to 3000 times the liquid has a better control effect. Dichlorvos should not be used to kill mites. Dichlorvos can stimulate the proliferation of mites. Do not use inulin pesticides, which have no effect on mites.

The flowers and young leaves of the Exochorda racemosa are also an extremely rich source of quality food. Exochorda Racemosa contains a variety of vitamins and calcium, iron, zinc and other nutrients of the high, is not as many common vegetables.

Like many edible woody plants, Exochorda racemosa can be eaten in a variety of ways. Folk generally in April to May to pick the young leaves and buds, either fresh, can also be boiled after drying, for a rainy day.

Exochorda racemosa young leaves and buds can be fried food, can be made into soup, but also seasoning salad; As ingredients, a variety of meat and vegetable dishes are prepared, all of which are delicious and have a unique flavor. Flower buds are used to steam cake and are especially popular for making dim sum.

Its dry products can be used for stewed meat, steamed fish, soups, fillings, etc., which are also delicious and pleasant.

Exochorda racemosa is a beautiful ornamental tree with a beautiful spring blossom and a snow-white tree with a variety of unusual fruit shapes and adaptations. Exochorda racemosa is suitable in the grassland, forest edge, roadside and rockery between the rock with planting, in the edge of evergreen trees group planting, like a forest point snow, elegant. In the forest or near the building scattered plant is also very suitable, the old tree piles, but also the excellent material for making bonsai stumps. 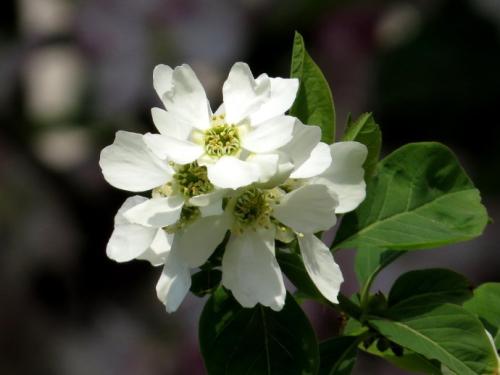