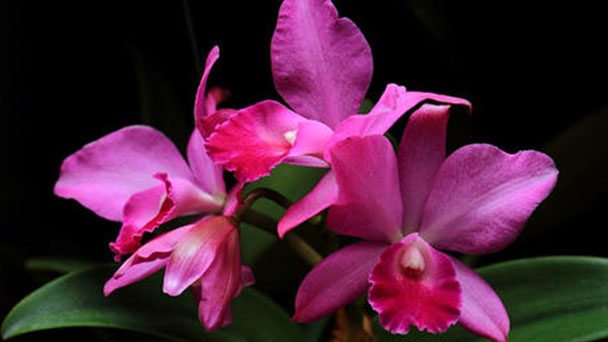 Cattleya orchid, also known as corsage orchid, Queen of the Orchids, a horticultural hybrid, is one of the most famous orchids in the world. There are more than thousands of varieties. The color is white, yellow, green, red, purple and so on. Propagation is by dividing, tissue culture, or aseptic seeding. Cattleya orchid likes warm, damp and plenty of light. They are usually potted with fern roots, moss, bark chunks, etc. The growth period requires high air humidity, proper fertilization and ventilation. 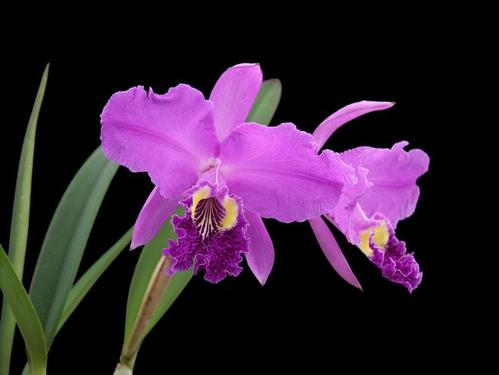 Cattleya orchid is evergreen, with clublike or cylindrical pseudo scales, fusiform pseudobulbs, plant height above 25 cm; A stem has 2 to 3 leaves, thick leaves were long ovate. General autumn blooms once, some can bloom 2 times, there are different varieties of flowering throughout the year. Pedicels are 20 cm long, with 5 to 10 flowers, large flowers, about 10 cm in diameter, with a special aroma, each Flower can open continuously for a long time; In addition to black, blue, almost all colors, beautiful, there is the "king of orchids" title.

Cattleya orchid can be divided into single leaf species and double leaf species. Propagation is by dividing, tissue culture, or aseptic seeding.Winter temperature 15 ~ 20℃. It blooms once or twice a year, and the flowering period is usually about 3 to 4 weeks.

Cattleya Orchid is a perennial herbaceous plant belonging to epiphytic orchid, with annual evergreen. Plant with 1 to 3 thick leathery leaves, is the storage of water and nutrient tissue.

How to grow and care for Cattleya orchid

Do not have to Cattleya orchid shed or greenhouse, in the balcony, roof planting can also be.

Light is the most important factor for the robustness and flowering of Cattleya orchid plants, whether they are grown in a greenhouse or in a house. Lack of sunlight can lead to delayed flowering or low flowering rates. Cattleya orchid requires a lot of light and allows direct sunlight to reach the plant except at midday. Cattleya orchid can be placed in the east and shaded south windowsill, in the west windowsill can also be raised. If it is greenhouse cultivation, should be shading to full light 50% ~ 70%. The leaves should be medium green and the pseudobulbs erect if the light is good. But some species do not need as much sunlight, such as dark vermilion flowers that bloom in winter and small mini flowers.

Cattleya orchid grows best at 21 ~ 30℃ in daytime and 15 ~ 16℃ at night. The best night seedling at 18 ~ 21℃. For Cattleya orchid, especially mature plants, a diurnal temperature difference of 6 to 10 degrees is desirable. Cattleya Orchid can tolerate temperatures of up to 35 ° C and should be ventilated and shaded if humidity is high.

Water should be done in two ways: by pouring water into the basin and by humidifying the air. The amount of water you pour depends on many factors: pot size, material, temperature, light, and so on. Mature Cattleya Orchid plants should be watered after the plants have dried, while young plants require a relatively constant moisture level. A growing plant needs more water than a dormant plant. Take care to stop watering when the cold snap strikes.

Cattleya orchid is best suited for RH of 50% to 80%.Greenhouse cultivation had better use humidifier to carry on humidify, bedroom cultivation can put flowerpot seat on the plate that has gravel shop, a few water is put in the plate, cannot let the root of the plant contact water. At ordinary times, especially in high humidity or low temperature conditions, air should be kept circulating to prevent fungi and bacteria. 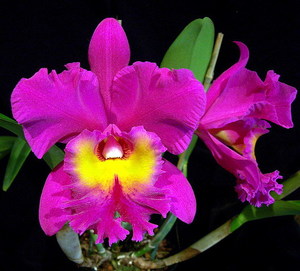 If it is potted, apply a balanced proportion of compound fertilizer; If the cultivation is by hanging on a snake board, use a compound fertilizer with a high nitrogen ratio (e.g. N: P: K 30:10:10). Fertilizing the Cattleya orchids at least once every two weeks during the vigorous growth season;If you are not in that period, apply fertilizer once a month. The concentration is usually diluted with water at 1/2 or 1/4 of the recommended concentration. It is recommended that the plants be thoroughly rinsed with clean water once a month to prevent the accumulation of salt in the fertilizer.

When the roots of the plants have grown outside the edge of the basin or the substrate in the basin has begun to collapse, drainage is not smooth, then should be replaced in time. This usually occurs after two years of cultivation. The best time to change the pot is after the spring flowering, when the new roots have not yet developed.

Mature Cattleya orchids usually use a larger piece of material than young plants; When the Cattleya orchid grows to at least six mature pseudobulbs, it can be replaced with a larger pot without dividing the plants. If you want to multiply in separate plants, each pot should contain at least three to five pseudobulbs.The size of the basin should not be overgrown for about two years.

The propagation of Cattleya orchid

In March, just after the new bud germination or flowering, the base rhizome should be cut open. Each cluster should have at least 2-3 pseudobulbs with new buds. The cluster should not be too small, otherwise the new plant will recover slowly and blossom late.

Propagation methods of Cattleya Orchid include plant division, tissue culture or aseptic seeding. Cattleya orchid likes warm, damp and plenty of light. Because it is an epiphytic orchid, the root needs to keep a good air permeability, and the temperature at night in winter should be kept at about 15 ~ 18℃, and it is higher in the daytime.It blooms once or twice a year, and the flowering period is usually 3 to 4 weeks. When planting with fern root peat moss, it must be tightly planted, with a portable plant, the root is not pulled out from the pot as well. Roots should be evenly dispersed in the pot material. Finally, use scissors to cut the basin surface cultivation materials flat, the middle slightly raised as well. When planting with bark blocks or ash or broken bricks, the lower part of the pot should be made of granulated material to facilitate drainage and ventilation. The upper part, especially the basin surface should be put in small particles of material, in order to maintain the humidity in the basin.

Propagation is done by branching, tissue culture, or seeding without bacteria. Cattleya orchid likes warm, damp and plenty of light.Winter temperature 15 ~ 18℃. Cattleya orchid is cultivated using peat moss, fern roots, bark chunks or broken bricks as pot material. When planting, the pot bottom is filled with some large particles of broken bricks and charcoal blocks, and then the roots of Cattleya Orchid are planted in porous mud pots with a mixture of two parts of fern root and one part of peat moss, or processed into 1cm diameter of dragon's eye bark and oak bark. These potting materials should be soaked with water before use.

The second is the variety of late spring flowers, the flower period in April to May, varieties of 'Ruby', 'Girl', 'Sanyang', 'Big Brother', 'Lingxiang', 'Dream come true' and so on.

The third is the summer variety, the flowering period between June and August, varieties such as' Dashuai ', 'Akifen', 'Helen Brown', 'Chinese Beauty', 'Yellow Quill' and so on.

The distribution of Cattleya orchid

Cattleya orchid, native to tropical America, is an epiphytic orchid that often grows on trees or undergrowth rocks in forests.

Garden use of Cattleya orchid

Cattleya Orchid is a gorgeous flower with various shapes and colors. It is often used for flower arrangement on festivals and banquets. For example, Cattleya Orchid and Phalaenopsis orchid are used as the main materials, and paired with the vase of Wenxin orchid, jade Bamboo and asparagus, they are bright and elegant with strong rhythm and charm. If Cattleya Orchid is the main flower, it will be light and lively if it is paired with carnation, porous tortoise back, bamboo and bear grass. Cattleya orchid is one of the most popular orchid species. The flowers are big and colorful, unique and beautiful, with rich changes in colors and extremely magnificent, and it has the reputation of "Queen of Orchids". And long flowering period, a flower can open for about 1 month; Cut flowers can be appreciated for 10 to 14 days. 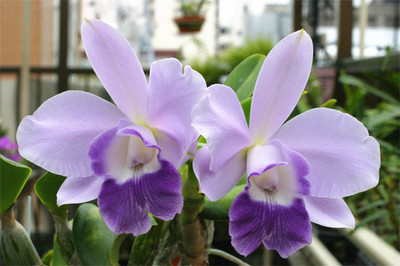 How to grow and care for Cattleya orchid