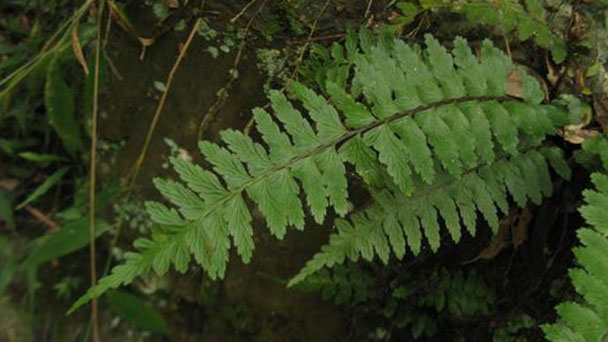 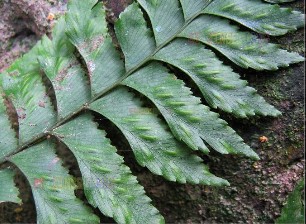 The base of Asplenium Trichomanes is nearly symmetrical or asymmetrical circular wedge-shaped, the upper side is larger, occasionally or with a small auricular protuberant, the whole margin, on both sides of the edge of the small round teeth; The central pairs of pinnae are 4 -- 8 mm apart, separated from each other, and the lower ones are gradually moving away and shrinking downward. They are variously oval, round, fan-shaped, triangular or pear-shaped. Veins of Asplenium Trichomanes are pinnate, slender, both sides are not obvious, small veins extremely oblique upward, binomial, occasionally single, the pinnate base of the upper side of a vein often two back binomial, not up to the edge of the leaf. Leaves are papery, grassy green, brownish-green or brown after drying; Axis chestnut is brown, shiny, smooth, with a broad longitudinal groove above, on both sides of the brown membranous whole narrow wing, round below. 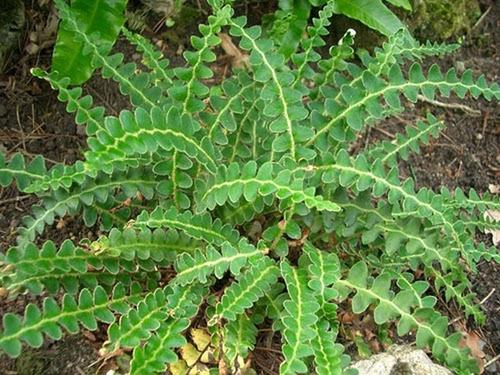 The distribution area of Asplenium Trichomanes

Asplenium Trichomanes are widely distributed in Shanxi, Shaanxi, Gansu, Xinjiang, Jiangsu, Anhui, Zhejiang, Jiangxi, Fujian, Taiwan, Henan, Hubei, Hunan, Guangdong, Guangxi, Sichuan, Guizhou, Yunnan and Xizang. Living at an altitude of 400~3400m in the valley under the forest on the rock or stone crevices, like wet and cloudy environment, more frost resistance. They are often found in cracks in the rocks or in hard, solid soil. Asplenium Trichomanes are widely distributed in temperate regions and tropical, subtropical mountains all over the world.Origin of type specimen: Europe.

Choose concealed, moist forest or forest edge ground cultivation, soil with fertile loose, deep calcareous loam had better. After selecting the land, remove weeds, shrubs and thorns, turn it over 20cm deep, and rake it fine and level it, so that the soil is loose and flat with air permeability and water permeability. Scattered humus soil and the appropriate amount of calcium magnesium phosphate fertilizer per mu, as a 1.3-1.5 meters wide bed.

During the growth of Asplenium trichomanes, water should be used frequently to keep the soil moist and ensure high air humidity in the field microclimate. Often plow weeding, make the ground loose, not compaction, five weeds. Human and animal dung water should be applied. Clear the Garden in winter, remove the yellow leaves and shrubs of plants, weeds, for the next year's plant growth.

Asplenium trichomanes are highly resistant to stress. They are less prone to disease and insect pests. Occasionally, there are a few scale insects, but the effects are minor. 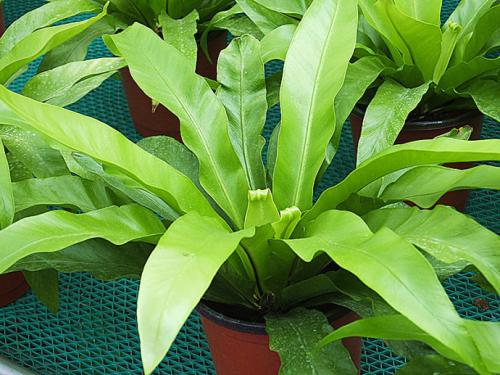