How Much Does Venus Flytrap Cost In 2023 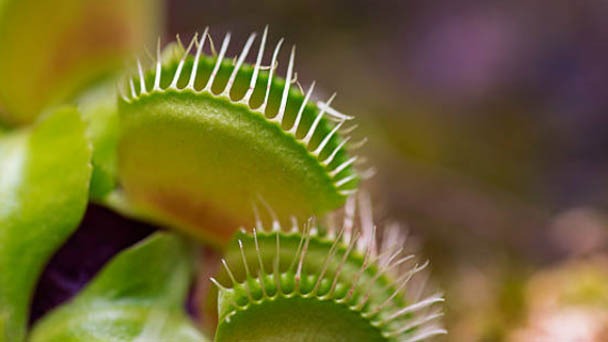 Most major retailers won't charge you more than $10 for venus flytraps. You should be able to purchase one of these plants at any plant shop during their busiest mid-spring to mid-fall seasons given that they are neither uncommon nor difficult to find.

Of course, that doesn't guarantee that venus flytrap prices or availability will be the same, but in general, neither will you need to spend a fortune nor travel far.

Is Buying a Venus Flytrap Expensive?

No, typically you shouldn't pay a lot of money to buy a venus flytrap. Typically, a mature venus flytrap costs less than $10, which is a very reasonable price.

Specifically, FlytrapCare claims that most of these plants go for between $4 to around $7, which is perfect for those buying in bulk.

Given that this plant species is neither rare nor difficult to find, you shouldn't have to spend a lot of money.

There are many options to explore here, and you might even be able to find venus flytraps at wholesale prices at some particular online retailers.

Depending on where you are and the state of the plant market, venus flytraps have historically been one of the more affordable species to purchase.

Where Can You Buy a Venus Flytrap?

Most of the time, you won't need to look very far if you want to buy a venus flytrap. In addition to other online retailers and nurseries, we were able to find listings for this species at Walmart, Amazon, The Home Depot, Lowes, Etsy, and other locations.

Venus flytraps aren't thought to be rare, as we previously stated, so they'll be accessible on a larger scale.

However, venus flytrap sales are frequently concentrated in the spring and fall, making them a seasonal plant. The majority of stores will wait to get any in stock during that time because they grow during that period.

If you need a venus flytrap in the summer or winter, you can always call your neighborhood nursery first to see if they have any left over.

Each species of plant will have a prime growing and harvesting period, so this will vary depending on the type of plant. 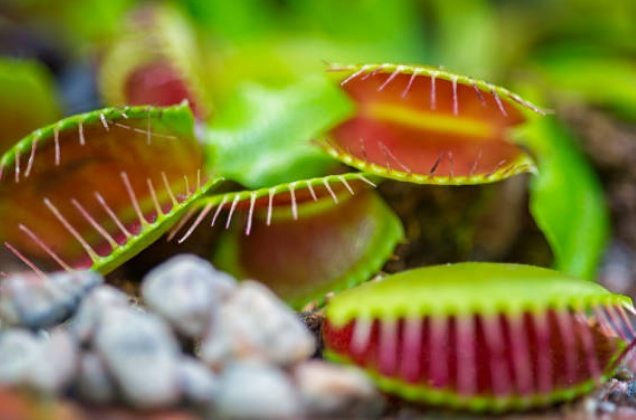 How to Choose Venus Flytrap

A healthy, adult (5 years old or more) On a single plant, the Venus flytrap will have at least four fully developed trap leaves. Plant genetics is incredibly diverse, so keep in mind these broad principles. Adult traps can range in length from 1/2 inch to 1 inch or more. A few black or yellowing leaves are normal, however most of the leaves should look green, firm, and smooth. The plant may be entirely green or it may have some red coloring on the cilia or inside the traps. Additionally, they might have flower stalks. Leaves should not be 3 inches long or more and still have undeveloped traps. The plant is not receiving enough light if this is the case.

Young There should be at least three leaves growing on 2-4 year old Venus flytraps. Their traps can range in length from 1/8 to 1/2 inch. Although they will generally be shorter and smaller than adult traps, they should still have the same general appearance (green, firm, and smooth). One or two dying leaves are common, and they may have a reddish tint.

Never spend any money on a plant that doesn't appear strong and healthy! You can end up spreading a variety of diseases or pests to your other plants. Don't purchase a plant if it isn't growing green, has no visible traps, or appears wilted or wrinkled. Ask the seller for pictures of the exact plant you will receive, for instance, if you are shopping online and you feel uneasy. (See more further down this page under Source)

A quick reminder: Take into account the season when you purchase your plant. The plant will probably be dormant if you buy it in the fall or winter. It might have more dead traps than usual and will be smaller. It can be challenging to determine whether a plant is simply dormant, dying, or suffering from other problems. Venus flytraps are best purchased in the spring and summer, just to be safe.

You might have the choice between buying bare root or potted plants when ordering plants online. Each technique has benefits and drawbacks.

Potted plants are already established in their potting media, and will be less stressed out upon arriving in their new home. Except for carefully unpacking them and arranging them where you want, there is no work required of you. The plant needs much less time to adjust to its new surroundings, and it is the simplest and most practical option for the buyer.

But adding a potted plant to the order raises the price by about $5 USD. To prevent anything from spilling out of the pot or getting damaged during shipping, vendors must package the plant very carefully. The additional packaging, soil, and pot all add weight, which raises the shipping costs.

The best choice for you is to purchase a potted Venus flytrap if you are not entirely confident in your ability to pot plants yourself and don't mind spending a little more for assurance.

Bare root plants are shipped without any media or pots. Buyers can place plants in the pots and media combinations of their choice, and vendors and buyers both benefit from lower costs. To keep the roots moist during their journey, they are typically wrapped in wet paper towels and plastic bags. Time is of the essence because plants can only survive so long without soil!

If buying bare root plants, you must have pots and media readily available to plant them immediately. The plants might take a few weeks to fully adapt to their new surroundings after being potted. These factors make the purchase of bare root plants uncommon advice for beginners. But if the plant is in good health and is given the right care in its new environment, it should have no trouble recovering.

Personally, I try to buy bare root plants whenever I can. Not only because I'm cheap, but I like knowing exactly what soil my plant is sitting in and where that soil came from. With a few exceptions, whenever I purchase potted plants, I usually rip them out of the pots and move them as soon as I get them home.

I've said several times on here that it's extremely important to know where your plants are coming from. While extensive investigation is not required, a little bit of research could end up saving you a lot of money. Spend a few minutes reading reviews and feedback. Look for some of the following details:

In general, I advise against purchasing Venus flytraps that are packaged in plastic cubes or domes, as is frequently the case in big hardware stores. They are frequently in poor health as a result of being quickly multiplied and not being carefully cultivated. Additionally, they aren't any cheaper—if anything, they're more expensive—than plants of much higher quality that can be found from much better suppliers.

There's a chance you could end up with one that's perfectly healthy (heck, I did!), but it is a gamble. Even if not a lot of money is lost, I would rather spend my money knowing that the plants came from a place that cares, which is typically not a big, commercial nursery looking to maximize profits.

Alright, I'll do my best to keep this section clear.

Clones are all plants that are genetically identical to each other. Natural divisions, tissue culture, or leaf pullings can all be used to make clones. Clones are the most common type of Venus flytraps that are available because they can be propagated easily and cheaply. If you already own Venus flytraps, you are aware that a single plant can produce five or more offspring in a single year.

Cultivars are plants sold under specific names. You might be familiar with Venus flytraps known by names like B52, Sawtooth, Cupped Trap, Red Piranha, etc. These plants usually have something distinctive and unique that separates them from "Typical" The B52s have a reputation for having particularly large Venus flytraps. Cupped Traps are fused at one end, giving them a strange "cupped" appearance. The cilia of a red piranha are short and jagged and completely red. Cultivars may or may not be officially registered with the ICPS.

Cultivars can only be reproduced as clones in order to maintain their distinctive genetic characteristics. A cultivar's price may increase if it has a peculiar or unusual appearance and/or fewer clones are being grown. The cost typically decreases over time as more clones are produced and made available.

While many cultivars are capable of and do produce seeds, all plants grown from seeds have their own genetic makeup. Although there is a good chance that the offspring of two pollinated plants of the same cultivar will exhibit traits that are similar to those of their parents, other, distinct traits may also emerge. (Read More: How to Grow Venus Flytraps from Seed)

Seed-grown plants are typically more expensive than clones because they are all completely unique and take five or more years to reach maturity. As a plant grows older, it will split and produce its own clones, but every seed-grown plant will do the same. Seed-grown plants are still "Typical" Until someone decides to name it a cultivar, venus flytraps exist.
Read More About Venus Flytraps

How Does A Venus Flytrap Kills & Eat Insect

How to Repot a Venus Flytrap - 2023 Completely Guide

How Does the Venus Flytrap Work?

Are Venus Fly Traps Animals or Plants - Are They Illegal?

Will Venus Fly Trap Bloom Flowers - Is It a Perennial Plant