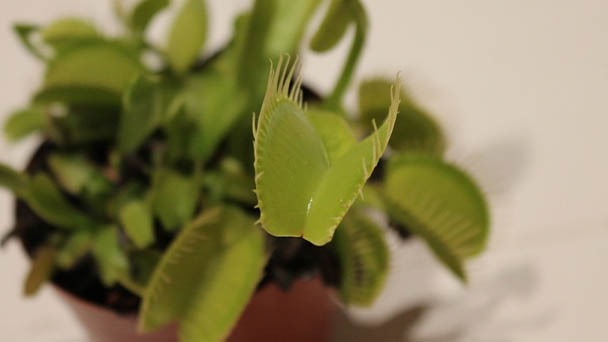 For the Venus flytrap to survive, there must be strong, direct sunlight. It grows in moist, pliable soil, which is impossible in the desert because it is too hot there in the summer.

To keep a Venus flytrap healthy, adequate lighting is necessary. Venus flytraps require at least 12 hours of light each day during their active growing season. Sunlight exposure of at least 4 hours is advised. A plant will grow more robustly in direct sunlight.

How much light should you give your Venus flytrap? The answer is as much as you can, plain and simple. The sun is adored by Venus flytraps. Venus flytraps produce the majority of the energy needed for growth through photosynthesis, which is why they are green.

Light is a crucial element in photosynthesis, as you have already learned or will learn in your first biology course. Venus flytraps need to photosynthesize in order to generate energy because they are found in nutrient-poor soil. They make up for what they can't get through the sun and their roots by catching insects. However, if given enough sunlight, a Venus flytrap can live an indefinite amount of time without ever trapping a single insect.

The majority of growers concur that a Venus flytrap needs at least 4 hours of direct sunlight each day in order to be truly healthy. We expose ours to sunlight for around 8 hours. This will be challenging to accomplish if you decide to grow your plant indoors.

Additionally, if grown indoors, your Venus flytrap won't have as many opportunities to catch insects as it would if grown outdoors. Furthermore, if the plant is grown indoors, there is a much greater chance that mold will develop in the soil. It is best to grow your plant outdoors for these reasons.

It is not advisable to grow plants indoors or in terrariums, especially if you are a beginner. If you're growing your plant inside, put it on the windowsill that receives the most sunlight. Even then, it probably won't be as healthy or colorful as it would be if it were to grow outside.

Utilize cool white fluorescent or LED lights if you decide to try growing your Venus flytrap in a terrarium. These give off the ideal wavelength for growth while reducing the heat so that your plant doesn't cook. The bulbs should be no closer than 6 inches from your Venus flytrap.

Yes, you should give your Venus flytrap full sun to grow. Grow your fly trap in the open air, in full sunlight. For solid growth, allocate six hours or more of direct sunlight. Plan for at least four hours of direct sunlight and the rest of the day's illumination to be indirect if full sunlight is not possible. You will be able to maintain the general health of your plant, though it won't be as robust or vibrant as one grown in full sun.

Venus flytraps can thrive in areas that get some direct sunlight for a few hours and then indirect light the rest of the time.

When given more sun, venus flytraps grow more quickly and appear to be in much better health. Venus flying traps need more than 10 to 12 hours of sunlight per day.

Venus flytraps can't withstand too much sun. A plant's ability to grow will therefore be enhanced by prolonged exposure to light, especially during the growing season when there is a sufficient supply of 12 hours of sunlight.

Venus flytraps would only suffer if temperatures were dangerously high.

In order to stay healthy, venus flytraps need a lot of lighting, but this lighting is not sunlight.

Generally speaking, Venus flying traps can maintain good health if they are exposed to more than six hours of either natural or artificial lighting. When using artificial lighting, use LEDs or fluorescent bulbs that have a lumen output of at least 1500 to provide long hours of illumination (10h).

Venus flytraps can be grown indoors, but it can be challenging to provide adequate lighting using LEDs or fluorescent lights. To ensure the Venus flytrap receives enough light to remain healthy, if you decide to use fluorescent lamps, place them no closer than 8 inches from the Venus flytrap. The plant will benefit more from being closer to the light.

When choosing a lighting setup for your Venus flytrap, a compact fluorescent light bulb is economical. Use bulbs labeled "cool white" or "cool blue" in the color temperature, which have a color temperature range of 6500-kelvin, perfect for growth.

You should make an effort to provide light for longer periods of time because artificial lighting can be less effective than natural lighting. Venus flytraps can also thrive in environments with both natural and artificial lighting, such as a sun porch or window sills. 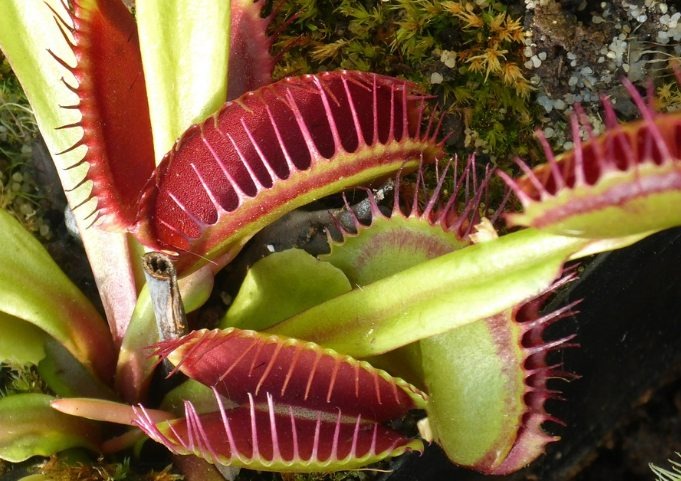 All year long, Venus flytraps need continuous, prolonged exposure to light. They ought to be positioned wisely as a result. For instance, if your plant is growing on a window ledge, I advise using artificial lighting to support its development.

As long as the windowsill receives more than six hours of direct light per day, venus flytraps can flourish there. Use artificial lighting as a backup if the window sill is unable to meet this requirement.

The best window to use is one that faces south for sunlight. The Venus flytrap should flourish as long as it receives 4 hours of direct sunlight through the window. The east or west side of a windowsill could also be used.

Your plant may require artificial lighting to grow properly if you live in a basement or apartment with only north-facing windows. Venus perishes if grown year-round under fluorescent lights with the same light source.

You don't have to worry about ensuring that your Venus flytraps receive the right amount of light when you grow them out, which is the best part of doing so. Rather, they will get all the light they require for good health.

In order to prevent Venus flytraps from being burned or dried, it is best to offer shelter from the noon sun in a dry, oppressive climate. Again, shading material will be effective. Similar to how a glimmer of light shining through a shade tree's leaves can offer some relief from the harsh sun while still providing enough light for good health.

It will take some time for venus flytraps that are accustomed to protected or tightly controlled environments, such as indoors with artificial lighting or in a greenhouse, to adjust to growing outdoors.

Bring the plant into the light gradually to prevent leaf wilting and burning. Venus flytraps from shaded areas need to be gradually exposed to sunlight to avoid sunburn.

Give it some direct sunlight for the first few days for about an hour or so. As you get closer to being able to leave it in the sun all day, increase the amount of time it spends in the sun by a few hours over a few days.

The plant can also be placed directly outside your home in the full sun. All leaves burn, change to yellow or brown, then darken over time. However, sunlight will completely harden the new leaves and traps.

How to Toughen Your Venus Fly Trap

Venus flytraps can be hardened in a few different ways. These include:

You can raise healthy Venus flytraps no matter the climate or where you live. Anyone can grow a Venus flytrap under artificial lighting. Put your plants outside if you can. Outside, with plenty of access to sunlight, water, and insects, venus flytraps can grow. Outdoor growing isn't always an option, though.

Signs That Your Venus Fly Trap is Not Getting Sufficient Sunlight

Lack of adequate light exposure will shorten the lifespan of venus flytraps. In order to determine whether your Venus flytrap is light-starved, you should be aware of these key indicators.

Large petioles: Large petioles are occasionally produced by Venus flytraps to help with photosynthesis. Poor light exposure is frequently indicated by broad petioles. There are numerous varieties of Venus flytrap, some of which have thinner or wider leaves, so it would be preferable to take these into consideration.

Discoloration: The healthy flying traps of Venus present vivid colors. Except when they have plenty of access to light, venus flytraps do not have bright red traps. It may indicate poor growing conditions (insufficient light) if Venus flying traps abruptly lose their color.

Droopy: When they don't have enough access to water or light, Venus flytraps occasionally start to look droopy.

Lack of traps: In extreme cases, Venus flytraps stop growing in their leaves with insufficient lighting. Since photosynthesis is the plant's primary goal, no traps are produced by the plant. The plant will, however, grow new trap-filled leaves after the light exposure is adjusted.

The maintenance of a healthy Venus flytrap depends on appropriate lighting. The plant is healthier when exposed to more direct light.

If full sun cannot be achieved, at least 4 hours of direct sunlight can be provided, along with bright indirect light for the remainder of the day. Although your plant won't be as robust or vibrant as one grown in full sun, you can still maintain its general health.
Read More About Venus Flytraps

How Big Do Venus Flytrap Get - Growth Rate & Speed

How Does A Venus Flytrap Kills & Eat Insect