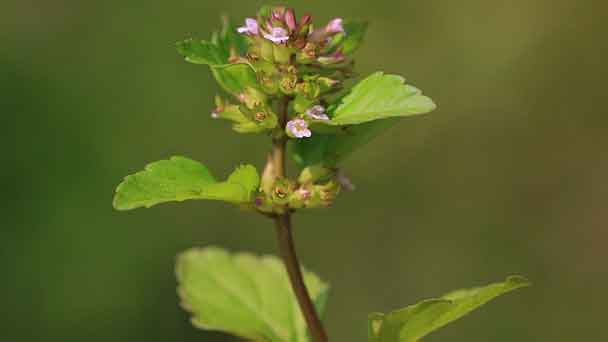 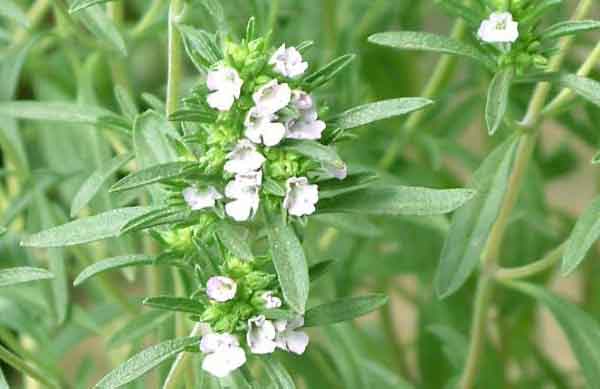 Savory species are native to the Mediterranean region and have been used to enhance the flavour of food for over 2,000 years. During Caesar’s reign, Summer Savory is believed that the Romans introduced savory to England, where Summer Savory quickly became popular both as a medicine and a cooking herb. The Saxons named it savory for its spicy, pungent taste. According to some sources, Summer Savory was not actually cultivated until the ninth century. The Italians may have been among the first to grow savory as a kitchen herb. It is still used extensively in Italian recipes.
The two Savorys were among the strongest cooking Herbs available to Europeans until world exploration and trade brought them tropical spices like black pepper. Both Savorys were noticed by Virgil as being among the most fragrant of herbs, and on this account recommended to be grown near bee-hives.
In Shakespeare's time, Savory was a familiar herb, we find it mentioned, together with the mints, marjoram and lavender, in The Winter's Tale.

Summer savory ranges from southeastern Europe to western Asia and is widely cultivated as a culinary herb.Summer Savory also has traditional uses as a medicinal herb in Europe. Summer Savory may escape cultivation, and is introduced in much of northeastern North America, including New England. 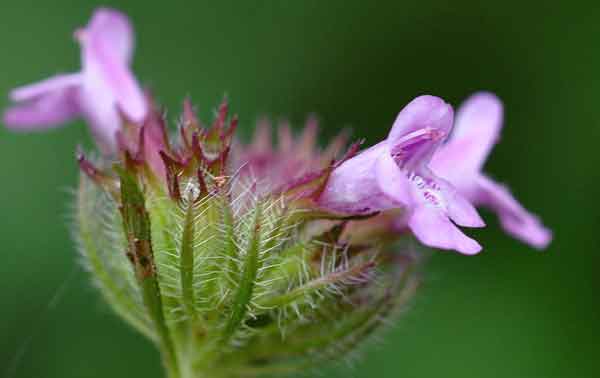 How to Grow and Care for Summer Savory (Satureja hortensis)

How to Grow Summer Savory

Summer savory is easy to grow from seed planted directly in the garden or started indoors about 6 weeks before the last anticipated frost. Savory grows well in containers and raised beds. Light helps seed germinate, so sow seeds shallowly—1/8 inch deep. To ensure a continuous supply of fresh foliage, sow a new crop of savory every 3 to 4 weeks. Summer savory requires regular moisture in summer. If plants are drought-stressed they will quickly bolt and send up seedheads. Propagate winter savory from soft-wood cuttings in spring and semi-ripe cuttings in late summer/early fall.  Using clean secateurs cut stems 4-6 inches in length and remove the lower 2-3 inches of leaves.  Prepare small pots with a mix of 50:50 ratio of compost and perlite or horticultural grit to aid drainage.  Insert the cuttings evenly spaced around the edge of the pots up to the leaves and firm in to ensure good contact with the compost.  Stems can be dipped in rooting hormone if desired but this is not essential.  Water the cuttings and keep moist until roots have established. Cuttings may benefit from some bottom heat to stimulate root development. When ready, separate the cuttings and plant one rooted cutting per pot to be planted into the garden in spring.

How to Care for Summer Savory

Having come originally from the Mediterranean, Summer Savory shouldn't come as a surprise that summer savory needs bright conditions to thrive. The ideal soil conditions for growing savory vary between sandy loam (summer) to loam (winter) and range in pH from neutral to slightly alkaline. The soil must also be free draining. New plantings should be watered daily for a couple of weeks. After that, depending on the weather and soil type, watering may be adjusted to every two or three days. Clay soils hold moisture longer than sandy soils, so expect to water more frequently in sandy settings. To thrive, summer savory benefits from temperatures between 60 to 85 degrees Fahrenheit. When sowing the seeds outdoors, wait until the end of the frost in the springtime. Originally found along the Eastern Mediterranean, summer savory grows best in warmer climates. Herbs planted in the garden don’t require additional fertilizer. Apply a 1-2” (3-5cm) layer of mulch or compost. As mulch breaks down it supplies nutrients to the Summer Savory and improves the overall soil condition at the same time. Herbs in containers can be fed lightly with a general purpose fertilizer at half the rate suggested on the package directions. Regular harvesting will encourage branching and create a nice bushy growing habit.  Left unpruned, savory will become leggy and weak. Summer savory should be harvested completely when flowers develop in late summer and early fall. 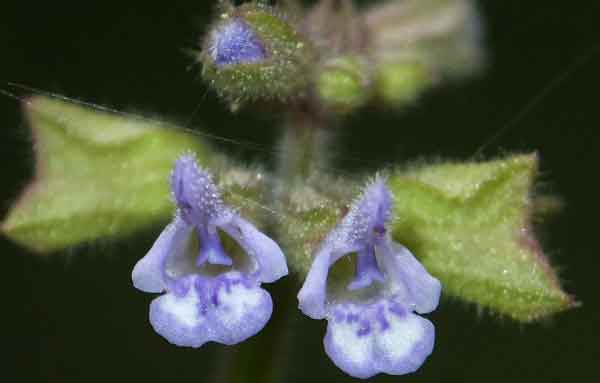 The very name of this herb bespeaks flavor, and in fact, summer savory (Satureja hortensis) imparts a delicious taste to almost any dish the gourmet prepares. In medieval times it was added to pies and cakes for a touch of spiciness; today it's primarily used in soups, stews, and marinades, and with meats and vegetables. Although it's often referred to as "the bean herb"—being especially good with string beans, limas, navy beans, soybeans, and all types of broad bean—savory goes well with many other vegetables, such as cabbage, tomatoes, green peppers, asparagus, cauliflower, mixed greens, and rice. The versatile herb is also tasty in stuffings, sausages, and pork pie, and with chicken, fish, game meats, beef, lamb, and eggs (try it in scrambled eggs or omelets). Boiled with strong smelling foods like broccoli or sauerkraut, Summer Savory helps prevent cooking odors. Steeped in vinegar or salad dressing, Summer Savory lends an aromatic flavor. People on low-sodium diets may even find it an agreeable salt substitute.
Savory's uses aren't limited to the kitchen, however. Since the days of the ancient Egyptians—who stirred the powdered herb into their love potions—Summer Savory has been praised as a remedy for sore throats, dim vision, sciatica, palsy, intestinal disorders of various kinds, and the stings of wasps and bees.
There are several species of savory, with slightly different growing habits. Although summer savory has the most delicate flavor and is preferred for culinary use, all have the same general uses in the herb-conscious household. 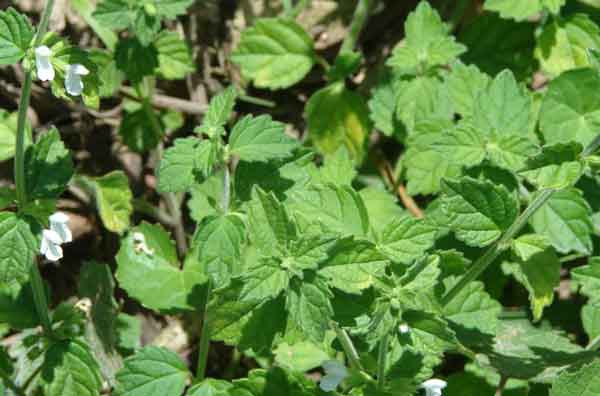 Savory doesn't have many pests and even fewer diseases. I've gone through multiple seasons in a row and had no issues. The secret is to practice good garden hygiene. If any of your plants get infested and you can't save it, pull Summer Savory and throw it in the garbage or burn it. Don't place it in the compost heap.
Leafhoppers
These little insects are everywhere and it's often a matter of control rather than avoiding them. Try to identify leafhoppers early because they suck the sap from Summer Savory, leaving them yellow and stunted. I use diatomaceous earth or insecticidal soap to kill them off.
Spider Mites
Spider mites live in clusters on the undersides of growing savory leaves. They suck Summer Savory's fluids and can wreak havoc on your garden. Cut any leaves that are infested and throw in the garbage. I've found the best way to get rid of them is to use organic pyrethrum to kill the adults and then keep them away using neem oil.
Aphids
These little bugs can destroy a plant if you let their population grown. They literally suck the life from your plant. My favorite method to control them is neem oil applied three times with three weeks in between each application. Sometimes Summer Savory takes a while, so be vigilant and check for aphids throughout the season.
Leaf Roller Caterpillar
Leaf roller caterpillars will roll leaves up and feed on the inner surface. They eat through the leaf as they mature. I use a good organic insecticide and if I see one on a leaf, I pull the it off and throw it in the garbage.

Plant Summer Savory with beans, sweet potatoes and onions to improve growth and flavour. Grow near or next to Broad Beans and gather some Savory when harvesting the pods and cook together – it does wonders for the flavour. The secret is to have your Summer Savory 15cm (6in) tall by early May to plant out amongst the beans. It discourages cabbage moths, Mexican bean beetles, sweet Potato weevil and black aphids. Honey bees love it when it is in bloom.