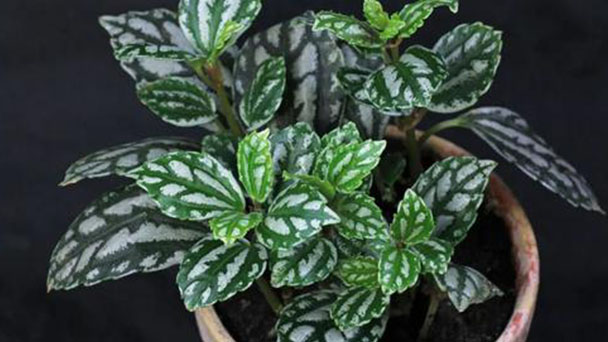 Pilea notata is a perennial herb. Pilea notata leaves are papery, ovate-lanceolate or ovoid, dark green with a certain luster above, and light green below. Pilea notata is a popular leaf-watching plant with its distinctive green and white leaves and can be used as an indoor greening material. 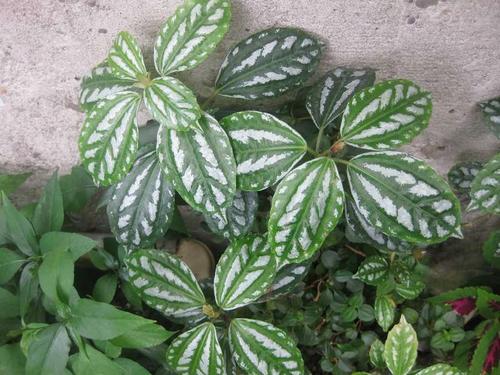 The ecological habits of the Pilea notata

Pilea notata is relatively cold resistant. In winter, the room temperature is not lower than 6℃ and it will not suffer from cold. It starts to grow above 14°C. Pilea notata loved warm and humid climate conditions, afraid of sun exposure, in a sparse shade environment white and green, short and compact internodes, bright and glossy foliage. In the full shade of the environment is often empty, internode lengthening, soft straw, easy to lodging, plant shape loose. The requirements of soil are not strict, can withstand weak alkali, more resistant to water and moisture, not drought.

How to grow and care for Pilea notata

Pilea notata loves the sun but is afraid of bright light. In summer, the Pilea notata should be kept in a shaded place to avoid strong direct light. But make sure the curing location is well lit. But if the light is too dim, the leaf color will fade. In sparse shade, Pilea notata leaves are white and green, with short and compact internodes and a translucent and glossy surface. In a completely shaded environment, Pilea notata is often barren, with an internode elongation, soft stem, easy to lodging, and plant shape loose.

Grasp the principle of wetting management, keep the basin soil dry but not cracked, moist but not wet is better. Spray water on your foliage regularly to keep it clean and shiny. Winter foliage spray less water, otherwise the foliage will appear black spots, or even black rot. Growing period two weeks or so irrigate a 28 % or 37 % liquid nitrogen fertilizer to make the plant robust. After autumn, phosphorus and potash fertilizer were added to strengthen the stalks and prevent lodging.

The suitable temperature for the growth of Pilea notata is 18~22℃, and the overwintering temperature should not be lower than 7 °C. Only at the right temperature, the plant can grow quickly, and can better reflect its value.

In order to enhance the potted ornamental effect of Pilea notata, regular pruning should be done during the growing period to promote its branching and maintain full plant shape. If you want to cultivate into a small pot, to regularly pick the heart, appropriate pruning, can make it dwarf. Be careful not to prune too much, otherwise it is easy to lead to the Pilea notata leaves too many and small, affecting the beauty. When the Pilea notata plant grows to about 40 cm, the stem prostates outward. Pilea notata should be a timely shortcut, promote plant lower end of the new branch, so that branches are dense and compact.

The way the Pilea Notata propagates

The time of Pilea Notata cutting is generally in spring and autumn, when the climate is relatively warm, and it is easy to root after cutting. When it came to summer, the temperature was too high to speed up water loss, and cutting was easy to fail due to lack of water. The winter temperature is relatively low, cuttings in this condition are not easy to take root, the survival rate is not high.

The cuttings of Pilea notata are usually made at the tip of the stem, which grows quickly and has a high survival rate for cuttings. After cutting, remove the lower leaves and cut half of the upper leaves to reduce transpiration and retain water. The bottom can also be dipped in root powder to promote new root growth.

The medium for cutting Pilea notata is usually sandy loam, which drains well and prevents the roots from being flooded, helping the new roots to breathe. You can also use peat soil or vermiculite as a substrate, before preparing cuttage, you can put the soil in the sun to bask in, eliminating potential germs and parasites.

Make a hole in the surface of the substrate with a chopstick, and insert the branches of the Pilea notata into it at about a medium depth. Cuttings should be watered thoroughly, and put it in a cool place, usually 10 days later will take root. After that, it can be cured normally, receiving a little scattered light and applying a thin fertilizer.

Pilea notata is very clumpy. The plant can be taken out of the pot by turning the pot for soil, and divided into several clumps. At the same time, the old stem should be cut short, and 2~3 sections of the stem should be kept, and then planted in pot.New shoots will sprout soon after you survive! 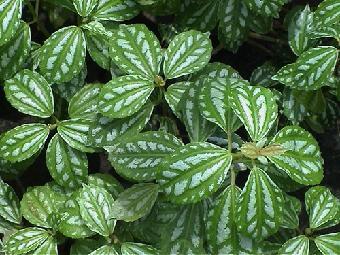 Pilea notata is a common leaf spot hazard that can be prevented by spraying 200 times Bordeaux liquid. The basin soil is too wet, easy to produce root rot, and can be irrigated with 1000 times of Torbujin liquid.

The nodular nematode was found, which could be controlled by 3% carbofuran.

The beetle is mainly parasitic on the leaves of the plant and gnaws on the leaves. A cockchafer is not terrible, terrible is a group of cockchafers, if there is no timely prevention and control, the plant will soon become a net, no leaves!

The beetle larvae usually live in soil, so soil should be disinfected year-round before planting. If a larva is found, it must be removed in time. Once it is propagated, it is difficult to eliminate it. When the beetle is larger, it can use medicated treatment. Remember to choose insecticidal agents as far as possible, do not choose pure pesticides, although the insecticidal effect is better, but after the growth of flowers will have a certain impact. After spraying, the roots should be irrigated to avoid residual eggs in the soil.

This is the most common variety, with distinctive markings on its leaves.

Branches and leaves are dense, the plant is shorter, less than 20 cm.

Also known as frog grass and Pilea notata on the moon, it is a perennial evergreen herb with a plant height of 20-50cm. The leaves are cross - shaped opposite, the veins are maroon, the main color of the leaves is yellow-green, and the leaves are wrinkled and beautiful. Flowers pale pink white, umbels, flowering spring, summer.

Also known as Oviductus Oviductus, it grows erect and branches easily. The leaves are thick green, with a beautiful silvery white stripe in the center, from the base to the top, quite ornamental.

The distribution of the Pilea Notata

Pilea Notata is distributed in Japan.

Pilea notata has the effect of clearing away heat and dampness, generating fluid and quenching thirst, and withdrawing yellow and protecting the liver.

Pilea notata is a small foliage plant that is quite popular because it is adaptable, easy to reproduce and easy to grow. Its clusters are small and elegant, and its leaves are green and white, with beautiful patterns. The furnishings are elegant and pleasant in the study and bedroom. Pilea notata also can be suspended at the window, green leaves hang down, charming and lovely. Inflorescences from leaf axils, pedicels light brown, translucent, top birth cyme, no ornamental value. 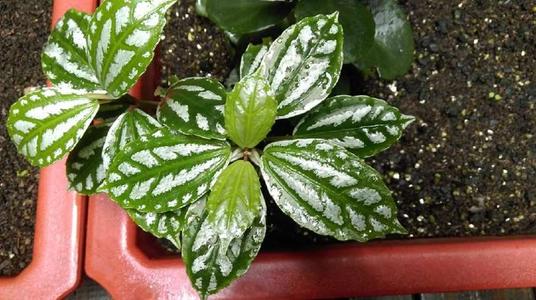 How To Propagate Pilea Plant?