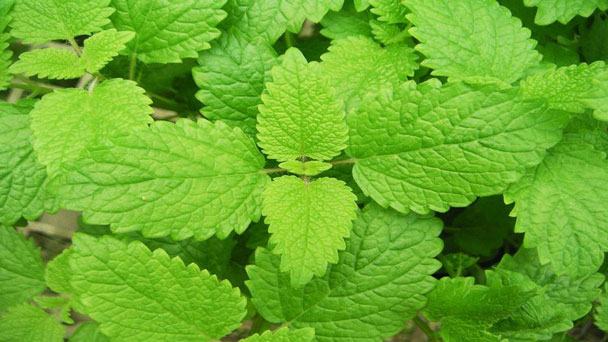 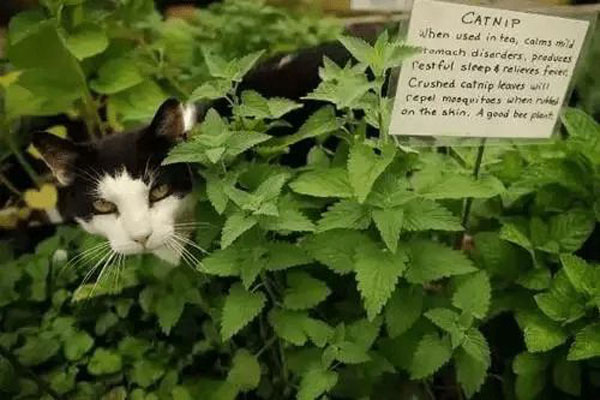 Catnip (Nepeta cataria) is an herbaceous perennial that thrives in much of North America and is very easy to grow. It has a clump-forming growth habit with square stems and triangular to oval, gray-green leaves with toothed edges that stretch around 3 inches long. Flower spikes appear in the late spring to early fall, bearing clusters of small blooms that are white with light purple markings. This plant is a fast grower and can quickly spread throughout the landscape if not kept in check. It will reach its mature size in a single season and should be planted in the spring. Note that while many cats enjoy catnip, the oils of the plant are technically toxic to them.

Nepeta cataria, commonly known as catnip, catswort, catwort, and catmint, is a species of the genus Nepeta in the family Lamiaceae, native to southern and eastern Europe, the Middle East, Central Asia, and parts of China. It is widely naturalized in northern Europe, New Zealand, and North America. 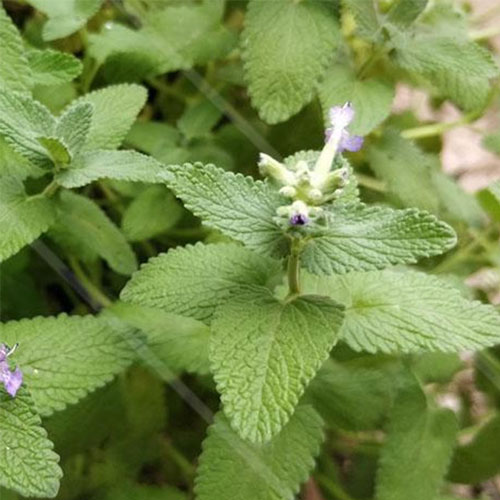 Catnip Plants (Nepeta cataria) have many uses for both cats and humans, and there are many reasons to add Catnip Plants (Nepeta Cataria) to your indoor herb garden. The active compound in Catnip Plants is the essential oil schizonepeta lactone. In cats, onepeta lactone is thought to mimic feline pheromones, triggering brain receptors and associated euphoric side effects. In humans, Catnip Plants have many medicinal values, although it does not elicit the same euphoric response.
Cat
Catnip Plants can be used for cats in several different ways. If you eat Catnip Plants, they will have a calming effect on your cat; If you smell it, it acts as a stimulant. Either way, Catnip Plants are completely safe and non-addictive. Both fresh leaves and dried leaves and flowers can be used as training tools, or they can help enrich or exercise indoor cats.
Human beings.
Unlike our favorite felines, humans won't see the same euphoric effect from Catnip Plants. Instead, we experience a calm, calming reaction. Medicinal uses of Catnip Plants include treating headaches, suppressing nausea, inducing menstruation, and helping to relieve anxiety or sleep disorders/disorders. Use two teaspoons of dried leaves and flowers soaked in a cup of boiling water to make tea. Catnip Plants are sometimes even used as insect repellent because of their strong aroma and are even used by some people as an additive in food and tea. 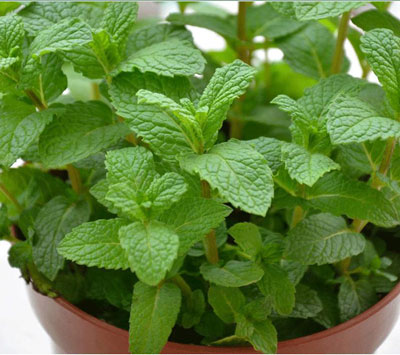 Material from the Catnip Plants (Nepeta cataria) can be harvested any time you'd like to provide a treat for your feline friends, but the oils are at their peak when the plant is flowering. Try to wait until your Catnip Plants is at least 6-inches tall before harvesting, then use a clean pair of sharp scissors and snip off an entire stem at the surface of the growing media. 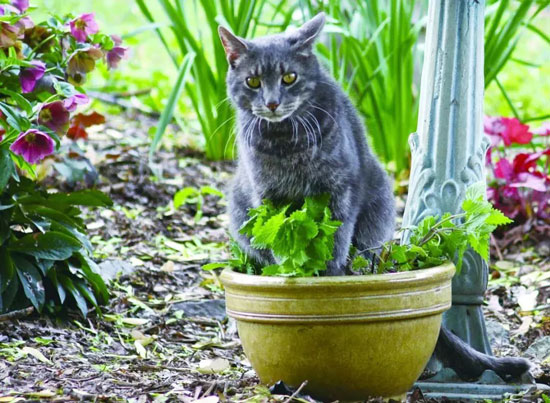 Plant Catnip Plants (Nepeta cataria) where your cat can rub and roll in them without harming neighboring plants. Some cats love Catnip Plants so much that they lie on them, roll on them, and chew them to the point of destruction. If you find this to be the case, place 1 - to 2-foot-long skewers or wooden studs every 2 to 3 inches anywhere you plant Catnip Plants to keep the cat from lying on the plants. Catnip Plants grow as low perennials with loosely branched branches, meaning it dies in winter in most areas and then reappears in the spring. In a flowerbed, you can plant Catnip Plants in front of purple cones that bloom at about the same time. For indoor cats, plant several POTS that rotate between outdoor and indoor. Growing Catnip Plants requires a lot of light, so you need to move your indoor POTS back and bring in new ones every few weeks. Also consider planting Catnip Plants near your garden to attract your cat and reduce the rodent population.

Catnip companion planting works well with beets, pumpkins and squash. Growing Hyssop and catnip together benefits both plants and the soft blue flowers of each makes a pretty border.

Read More: How to grow and care for Catnip Plants