Are Marigolds Annual or Perennial Plants - When to Plant 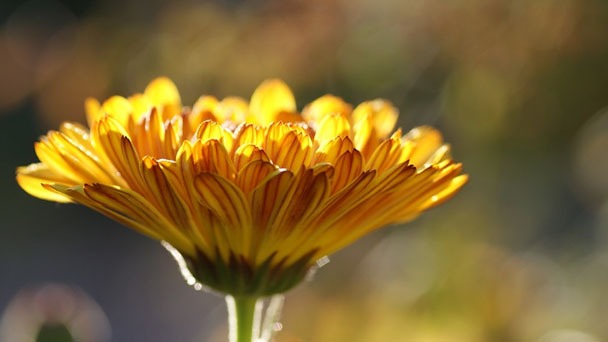 The answer is both, but regardless of climate or hardiness zone, marigolds are typically treated as annual flowers. The majority of gardeners envision the typical orange or yellow flowering marigolds when they grow or transplant these well-liked flowers in their gardens, but some varieties are grown more ornamentally as perennials.

Annuals are plants whose life cycle is finished by the first frost in the fall and typically lasts less than one growing season. Perennials, on the other hand, go through several life cycles over a long period of time. Due to their propensity to self-sow, common garden marigolds are actually annuals, but occasionally this is misconstrued as a perennial. Marigolds grow as annuals, with bloom development fading in the fall, even in climates without frost or with mild winters. There are only likely to be three species of perennial marigolds readily available.

Are Marigolds Perennials Or Annuals?

Although marigolds tend to be annuals in most cases, there are some varieties that are perennial. An annual flower, marigolds are the most popular garden variety. Typically, if you want marigolds in your garden, you will need to replant them every year.

Which Marigolds Are Perennial?

Some marigolds grow year after year without self-seeding; they are known as perennials. For example, the marsh-marigold is a perennial plant that tends to spring up in marshes and wetlands. French marigolds and desert marigolds are also regarded as perennials.

The tree marigold, also known as a Japanese sunflower, is both annual and perennial. Depending on where it grows on the planet, it may or may not remain throughout the entire year.

Some marigold perennial flowers and shrubs include:

What Are Some Kinds of Annual Marigolds?

Due to their inability to endure the harsher winters outside of their natural habitats north of zone 9, the majority of marigold species will be annuals.

Annuals include two of the most popular marigold varieties. These are:

The word "patula" means "tending to spread" in Latin.

It might be as a result of the French marigold's (Tagetes patula) attractive clump-forming growth, which yields flowers that are bright yellow, red, or orange, and its ease of seedling growth, which results in the gradual germination of numerous additional plants.

Its roots release poisons that stop nematodes from attacking other plants, and the fragrance of its leaves and flowers scares away insects that might otherwise harm tomato plants.

French marigolds, on the other hand, were found in one study to actively attract pests when they were planted close to potato plants.

Despite its name, the French marigold is a native of Mexico and Guatemala.

Aztec or African marigolds (Tagetes erecta) can grow up to 3″ feet tall.

Although it is occasionally referred to as African marigold, it is native to Mexico and Central America, just like the other genus Tagetes.

It is still occasionally used in contemporary Day of the Dead rituals in Mexico and was used on rare occasions by the Aztecs for ceremonies honoring the dead.

The Aztecs and other Native American tribes also used it to make yellow dye and for medicinal purposes. 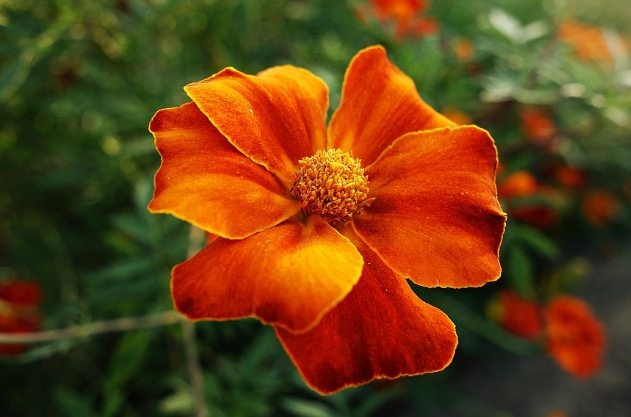 Your annual marigolds' blooming season can be extended. The plant will work more effectively to produce new blossoms if you regularly deadhead fading ones. Because marigolds self-sow, scatter dried flowers and seeds in the ground to promote the growth of new plants. In just a few weeks, the new plants on your marigold bed will begin to bloom. Having plants in various stages of maturity will result in a longer blooming season.

Because most marigolds are hybrids, they typically won't "breed true" from seed. If the new plants you grow produce a variety of blooms, don't be surprised. This adds variety to your flower bed, so it's not necessarily a bad thing.

Marigolds are vascular herbaceous plants without any woody stems visible above the ground. Due to the fact that their stems don't grow woody and persistent, nearly all annuals and biennials are herbaceous plants.

A key component of their charm is their vivid colors. They have oblong, completely hairy leaves. Other varieties of marigolds have thicker heads with more petal rings, but the petals typically develop in rings of at least two layers.

Seeds can be sown in the autumn for vibrant winter color in parts of the world where mild winters are.

Marigolds can grow in zones 2 through 11. In warmer climates, in the spring and summer, they will grow most effectively. They can, however, be grown almost anywhere if given the right conditions, excluding northern Alaska.

Only zones 1, 12, and 13 of the hardiness scale do they perform poorly in terms of growth. Zone 1 essentially covers the upper reaches of Alaska, while Zones 12 and 13 are primarily made up of Puerto Rice and a few tiny areas of Hawaii. The temperatures in these places are simply too high for them to survive.

As a result, with the exception of those three places, they can grow almost anywhere in the US. They do better in areas with very little freezing, especially if they have self-seeded.

Generally, marigolds are low-maintenance flowers. They enjoy themselves as long as there is enough sunlight. The only thing they dislike is the bitter cold. If not, they can grow in almost any type of soil and in a variety of climates. (Also Read: Do Marigolds Need Full Sun or Shade)

Marigolds are able to endure droughts as long as the soil is moderately fertile. They also survive without lots of water. Water them at the base of the pant leg when you do so. If there is too much moisture, the flowerhead will rot.

One of the most enjoyable garden maintenance chores for many gardeners is deadheading flowers. But with marigolds, you don't have to deadhead Marigolds routinely. If you do, you might lengthen the duration of their bloom, but it's not necessary to maintain their wellbeing.

Marigolds do not benefit from weeds. You can weed around the plants regularly or put down a layer of mulch in between the plants. The mulch will help keep the weeds and bay and keep your marigolds healthy.

Being surrounded by marigolds is a great idea. Not only are they low-maintenance, but they offer several other benefits, including:

Marigolds have a wide range of applications and are beautiful as well as useful. They can grow almost anywhere, and they don't require much work to thrive.

The marigold may be what you're searching for if you're looking for something vibrant to add to your garden selection.
Read More:

A beautiful flower that blooms for a long time and doesn't require a lot of work is something you can have by growing marigolds. The marigold has a lot of advantages, and it can be grown almost anywhere.

While most marigolds are annuals, some varieties are treated as perennial and can rebloom the following season because they self-seed. You'll quickly have a lovely, new type of flower blooming this season if you choose based on the requirements of your garden.