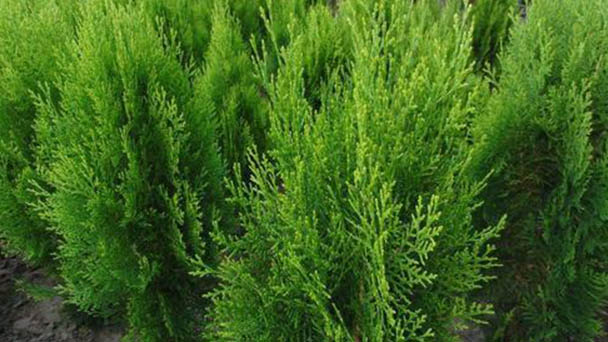 Arborvitae, scientific name Platycladus orientalis, is a gymnosperms subphylum cypressaceae evergreen trees, slow growth, general height 15-20 meters. Arborvitae is an excellent tree species for landscaping. Its wood is moderate in hardness and softness, delicate, fragrant and strong in corrosion resistance. Arborvitae is widely used in construction, furniture, joinery, etc. Its seeds, roots, leaves and bark can be used as medicine, and oil can be squeezed from seeds for making soap, edible or medicinal use. 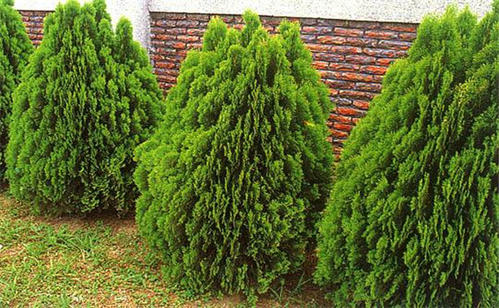 Arborvitae (Platycladus orientalis) whole plant tree is more than 20 m high, diameter at breast height 1 m; Bark is thin, grayish brown, longitudinally lobed; Branches of Arborvitae (Platycladus orientalis) are extend upward or oblique, the crown of young trees is oval-shaped spire, the crown of old trees is wide round; Branchlets of scaly leaves are thin, straight or oblique upward, flattened, arranged in a flat plane. Leaves of Arborvitae (Platycladus orientalis) are scaly, 1-3 mm long, apex slightly obtuse, the exposed part of the leaves in the center of the branchlets is ovate-shaped rhomboid or obtuse square, the middle of the dorsal surface is striped glandular groove, the leaves on both sides are boat shaped, the apex slightly inward curved, the back is obtuse ridge, the lower part of the pointy tip has glandular point. Male cones of Arborvitae are yellow, ovoid, ca. 2 mm long;Female globose, ca. 2 mm in diameter, bluish-green, pinkish. Cones sub ovoid, 1.5-2 (-2.5) cm long, sub fleshy before maturity, bluish-green, pinkish white, woody, dehiscent, reddish-brown at maturity; The middle two pairs of species scales are ovate or elliptic, the lower part of the dorsal tip of the scales has always been outwards curved, the upper one pair of species scales is narrow and long, nearly columnar, the top has an upward tip, the lower one pair of species scales is very small, up to 13 mm, sparse degenerated but not significant; Seeds of Arborvitae are ovoid or subelliptic, apically apiculate, grayish brown or purplish brown, 6-8 mm long, slightly ridged, wingless or very narrow.

Arborvitae (Platycladus orientalis) is well adapted to cold climates. But in Yunnan Province Yanshan County in these areas some years of seedlings have a certain degree of drying phenomenon, drought resistance, soil requirements are not strict, strong resistance to salt and alkali, salt content about 0.2 % can also adapt to growth. 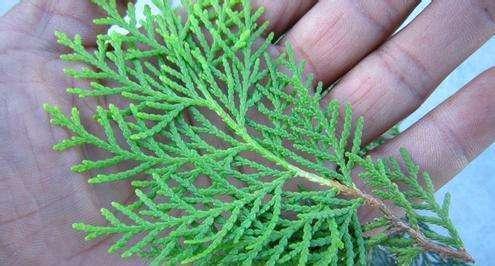 The fruits of Arborvitae (Platycladus orientalis) were mainly propagated by seeds, and could also be cut or grafted.

Substrate: In the soil with sufficient nutrients, good permeability and strong drainage, the growth of Arborvitae leaves will be more vigorous. Temperature: Arborvitae suitable for growth temperature is about 15℃-25℃, summer high temperature can not exceed 38℃, winter temperature can not be lower than 0℃. Moisture: Water should be controlled in the seedling stage. Water should be watered in the growth period and the soil should be moist. Planting initial stage can use organic fertilizer to make base fertilizer, be like animal excrement, bean dregs, after entering growing period apply into chemical fertilizer.

The economic value of Arborvitae

Arborvitae (Platycladus orientalis) plays an indispensable role in landscaping.It can be used on both sides of the street, pavilions, gates, around the green space, roadside flower beds and inside and outside the wall, all very beautiful.

The wood is light yellow brown, rich in resin, the material is fine, the texture is inclined, the corrosion resistance is strong, the specific gravity is 0.58, solid and durable. Arborvitae (Platycladus orientalis) can be used for construction, utensils, furniture, farm tools and stationery. 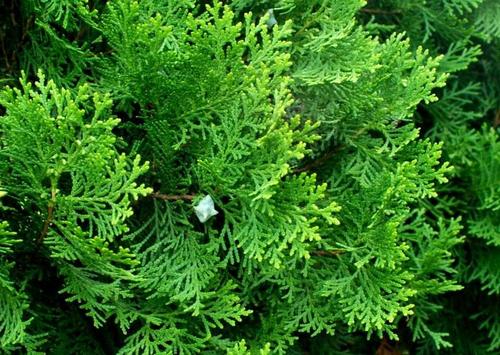 How to propagate Arborvitae

How to grow and care for Arborvitae