How to grow and care for French marigold 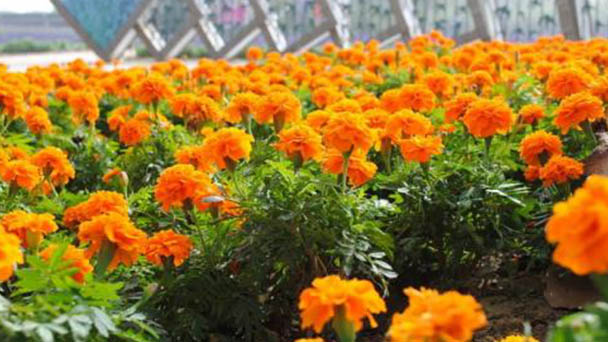 The French marigold usually grows in the high mountains. When in bloom, its flowers are colorful and rich, as gorgeous as a peacock's tail. French marigold flowers can be harvested in summer and autumn with red, yellow, orange and other common colors. It has high medicinal value. At present, French Marigold has gradually become the main flower in flower beds and courtyards. How to grow and care for French marigold? Let's look together. 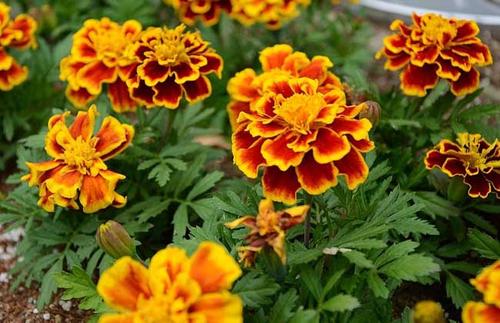 The French marigold doesn't require much watering, but if the soil becomes dry, it can be watered carefully, and can be thoroughly watered.

After a few weeks, the temperature can be lowered to 15℃, and before and after flowering to 12~14℃. Such temperature is the most ideal for the formation of good plant shape, but it may be difficult to achieve this condition in practical production. Therefore, in general, as long as the above 5℃ will not be frozen, 10~30℃ can be good growth.

French marigold mainly has root rot at seedling stage, which can be controlled by root irrigation with methyl tobutzine 800 times solution.

Common diseases are brown spot, powdery mildew and so on, a fungal disease, should choose good cultivation. When we grow and care for French marigold, pay attention to drainage and irrigation, remove the sick plant, sick leaves, burn residual branches, timely spray rust powder ning and other bactericidal drugs. The main insect pests are red spider, can strengthen the cultivation management, in the early stage of insect pests can be used 20 {bf} dichlorohydrin emulsion 500--600 times for spray control. 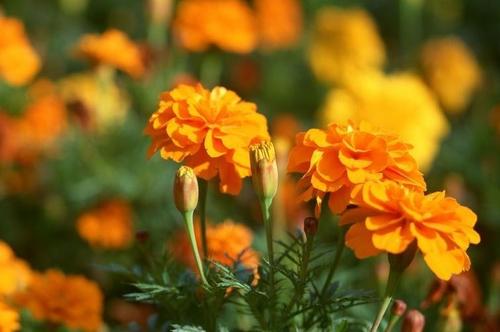 French Marigold likes loose, fertile soil, which can become salinized if treated too long. French marigold's roots absorb slowly, resulting in yellow leaves and spots. When we grow and care for French marigold, the French marigold needs to be tilled frequently to effectively promote the absorption of its roots. There is more rain in the rainy season, so the soil drainage should be done well. 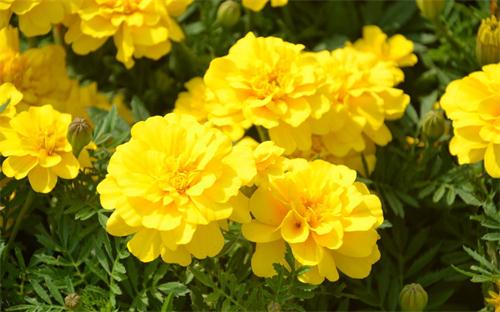 How to care for French marigolds