Are Praying Mantises Endangered - Is It Rare? 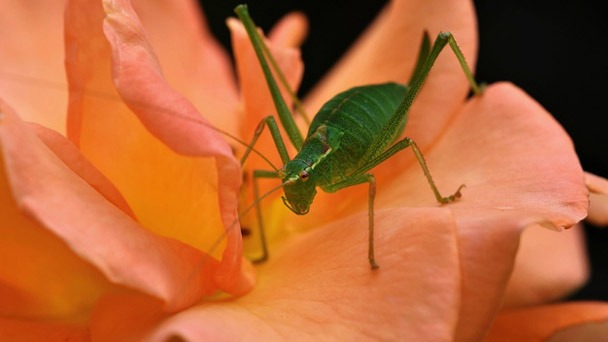 Unquestionably one of nature's most unusual and graceful insects is the praying mantis. Many children and adults mistakenly believe that praying mantises are endangered and that killing them is prohibited as a result of this fact and long-held misconceptions that have since come to be accepted as fact. What is the actual situation with regard to praying mantis?

What is a Praying Mantis? 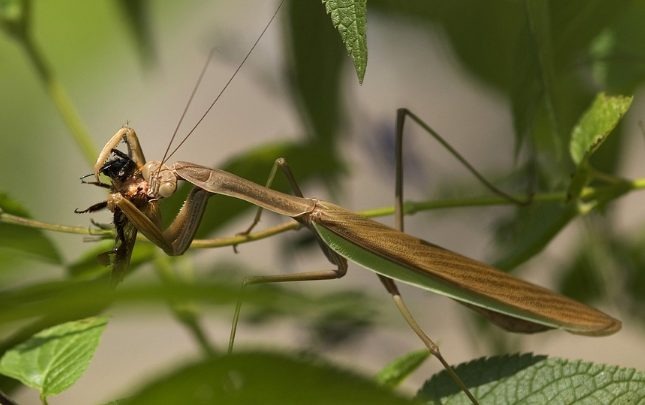 Technically speaking, the term "praying mantis" refers to insects that hold themselves upright and give the impression that they are kneeling and praying while they wait for their prey. These sluggish ambush predators can be recognized by their distinctive raptorial front legs, compound eyes, elongated bodies, triangular heads, and elongated bodies.

Many people use the terms "mantis" and "mantids" interchangeably. Mantises, however, are a member of the family Mantidae, a subgroup of the larger insect genus Mantid. Stick insects, members of the Phasmatodea order, are frequently mistaken for mantises. Roaches and termites are the mantises' closest relatives.

Amazingly, there are 2,000 different species of mantis worldwide. None of those species is thought to be in danger of going extinct, endangered, or on the verge of extinction. The praying mantis is considered to be a protected species in some nations. None of the species are endangered in North America, though. Therefore, killing a mantis is not subject to any legal consequences.

How Many Species of Praying Mantis Are There?

There are more than 1,500 praying mantis species worldwide but only around 20 of them are found in The Chinese mantis (Tenodera aridifolia), Arizona mantis (Stagmomantis limbata), European mantis (Mantis religiosa), and the Carolina mantis (Stagmomantis Carolina) are among the mantises that inhabit North America.

What is the Rarest Praying Mantis?

Brazilian dragon mantis (Stenophylla cornigera), another uncommon species of praying mantis, are also found in the wild. This praying mantis is a native of Brazil, as the name suggests. This insect species is typically only found in museums, though the exact number is still unknown. Two of them were discovered in 2017 in the Atlantic Forest.

Where Did This Misconception Come From?

In the 1950s, it was first suggested that killing a praying mantis was prohibited because of the threat to the species' survival. It's interesting to note that there has never been a state or federal law on the books that forbade killing a praying mantis. Due to the fact that they consume a lot of bugs that are typically regarded as pests, they do play a beneficial role in the ecosystem. It is thought that the rumor was spread to deter homeowners from killing these animals unnecessarily so that fewer unappealing insects would exist. In order to reduce the use of pesticides and promote the growth of crops, many gardeners would like to see more praying mantises in their yards. A mantis will eat any bug, not just those that are harmful to your fruit and vegetables, so that is the only drawback.

Where Do Praying Mantis Live?

Tropical and subtropical regions are where praying mantises can be found. They can frequently be found in rain forests, farms, gardens, grasslands, meadowlands, and deserts. These elusive predators are not only widely distributed in North America but also in Southern Europe, Southern Asia, and Southern Africa. Some species can be found in Australia as well.

Is Praying Mantis Illegal to Keep?

To protect their plants from insect pests, some gardeners, on the other hand, choose to purchase praying mantises rather than pesticides. Praying mantises are regarded as helpful insects, but they also consume one another. It's possible that foreign-born species will have a harder time adjusting to their new environment.

Can Praying Mantis Live in Captivity?

In captivity, praying mantises can survive. But unlike cats and dogs, they should be kept in a terrarium with enough room. If not, they will take flight and flee. Keep them apart and let them climb on twigs to prevent cannibalism. Additionally, you ought to give them live insects like fruit flies and moths to eat. 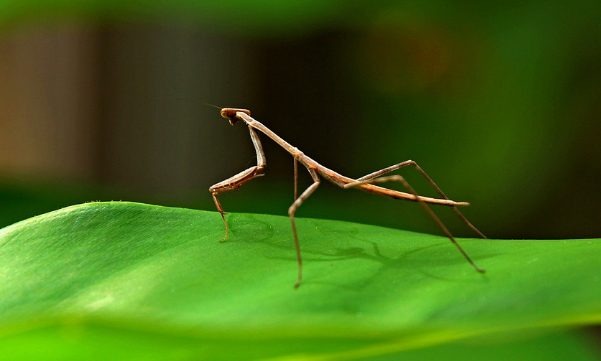 What is the Lifespan of a Praying Mantis?

In captivity, praying mantises have a lifespan of 12 to 18 months if properly taken care of. They require the appropriate temperature, which varies depending on the species, in addition to food and water. Praying mantises have a six- to one-year lifespan in the wild. However, they only live for 10–12 months on average.

Only three life stages—egg, nymph, and adult—are present in praying mantises because they go through incomplete metamorphosis. The females typically lay egg masses that survive the winter during the fall mating season. Nymphs resemble adults, but they are smaller and without wings. Each year, there is only one generation.

Is Praying Mantis a Threat?

Not a threat, praying mantises. They are not dangerous to humans and don't spread infectious diseases. Despite being carnivores, these insect predators don't sting their prey, including humans. Praying mantises may bite people, but only accidentally or in self-defence if threatened or handled improperly.

Praying mantises are non-destructive animals that consume live insects. These bizarre-looking insects don't consume plants, flowers, fruits, or leaves. Additionally, they don't harm furniture or other things that are owned by the user. According to a report, some species are a threat to small birds, especially hummingbirds.

Is Praying Mantis Poisonous to Humans?

Poisonous refers to a substance that when ingested, inhaled, or injected, can cause poison to enter the body. Since praying mantises don't have venom, their bite is not poisonous. Unexpectedly, these all-purpose insects can be fried over an open flame and eaten. The flavor of praying mantises is similar to shrimp.

How to Safely Remove a Praying Mantis

Despite the fact that it is not against the law to kill a praying mantis and that they are not in danger, you should not kill one if you find one in your home. They remain lovely creatures and have a place in nature. A crucial and practical tip for maintaining the health and well-being of these unusual insects is to learn how to safely remove praying mantis from your home. Here's how to do it:

What Animal Eats a Praying Mantis?

Despite being vicious predators of insects, praying mantises are also prey. Among their natural enemies are bats, birds, frogs, lizards, spiders, and snakes. They modify their color to blend in with their surroundings in order to avoid predators. When food is scarce, nymph praying mantises frequently eat their siblings.

In the meantime, praying mantises are known to engage in sexual cannibalism. While this peculiar behavior does exist, it typically only occurs in captivity. Additionally, despite the fact that female praying mantises consume the heads of their male partners during or after mating, a study conducted in 2021 suggested that some male praying mantises may also attack females in an effort to avoid being consumed.

In our ecosystem, praying mantises are essential. Many farmers and gardeners may view these masters of disguise as more of an ally than an adversary. These active insects make excellent pets because they get along well with their owners. They are not entirely helpful insects, though, to reiterate. Killing them may be your only option, in which case go ahead. 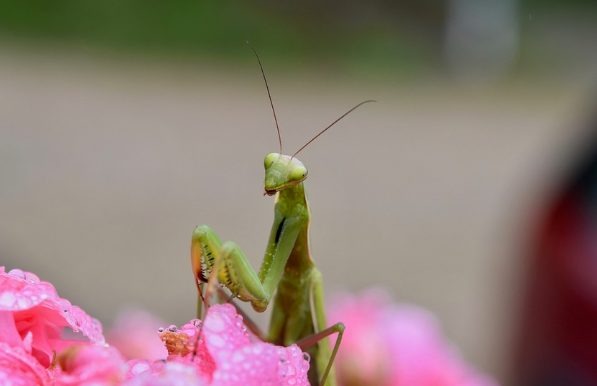 Other Insects You Shouldn't Squash

Many people may not particularly enjoy bugs, and some people may even be downright afraid of them. While some bugs and insects, like wasps, mosquitoes, ants, and flies, are pests, others, like bees, pollinate plants and eat other pests, are completely harmless and even helpful to our gardens.

Especially in the United States, the praying mantis is not a protected species and is not legally endangered. This goes against the 1950s-era urban legend that it is immoral to kill insects that are kneeling. Because praying mantises consume a variety of garden pest insects, people also believed that killing them was prohibited.