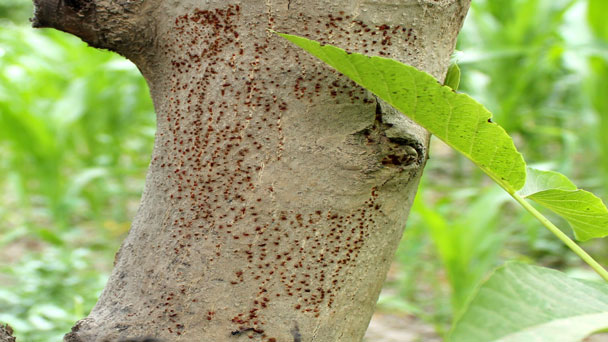 Tree disease control is among the major activities in forestry since forests suffer from multiple pathogens, nutrient deficiencies, and pest invasions. Any tree disease, regardless of the inducing cause, threatens forest health and impacts any related industry. From harvesting to environmental needs – tree pests and diseases are an ultimate nuisance for any business involved. Besides, healthy trees mean a healthy population, so common people are affected as well. In this regard, tree disease identification and treatment is a regular activity of foresters, benefiting all.
AnthracnoseApple scabCedar RustsDiplodia Tip BlightDothistroma Needle Blight of PinesPowdery mildew

Anthracnose is caused by a group of fungi that attacks leaves, twigs, flowers, and fruits of a great number of tree and shrub diseases. It can be found throughout various species in most of North America, but important species to keep watch on are sycamore and flowering dogwood.
Anthracnose symptoms vary by the pathogen and host species. Sycamore anthracnose causes premature leaf defoliation and a twig blight resulting in witches blooming. Dogwood anthracnose is common on flowering dogwood in the Eastern U.S. and western flowering dogwood in the Pacific Northwest. All above-ground parts of the tree may be attacked, resulting in defoliation, branch dieback, and tree death.
Control: For management of sycamore anthracnose, begin foliar applications of fungicides two weeks before bud break. Alternatively, the trunk injects with a systemic fungicide. The most effective active ingredient is thiabendazole. In the case of dogwood anthracnose, foliar applications must begin at bud break and continue all through the growing season to protect the tree. For dogwood anthracnose, propiconazole is an effective fungicide. Good sanitation practices can also help reduce disease inoculum. 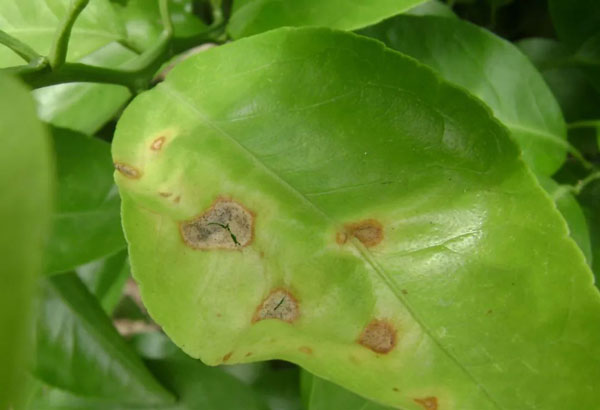 Apple scab is an early-season leaf disease affecting crabapples. Some crabapple cultivars are more resistant than others. Scab-like lesions form on the leaves that eventually cause premature defoliation of infected trees.
Control: While mostly aesthetic, homeowners may find apple scab objectionable. It can be managed with fungicide applications with active ingredients, such as fenarimol, beginning at bud break. 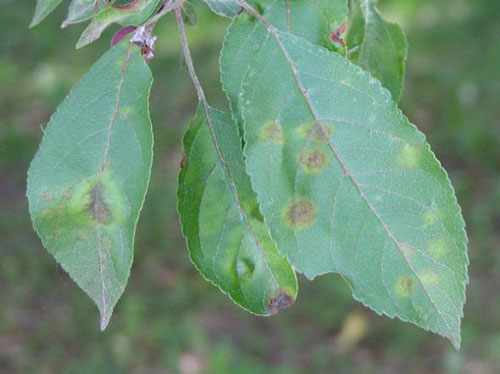 Cedar rusts are common foliar diseases of rosaceous plants, such as hawthorn and crabapple. As with apple scab, some cultivars and species are more susceptible than others. Rust diseases require junipers as an alternate host. Orange or rust-colored leaf spots form on hawthorn and crabapples in the spring. Twig cankers can develop and cause dieback. Spore-producing structures form on the juniper branches.
Control: The disease can be managed with fungicide applications on the deciduous hosts beginning at budbreak or when orange spore masses develop on junipers. An active ingredient for controlling rust diseases is triadimefon. Prune out rust galls on junipers when noted. 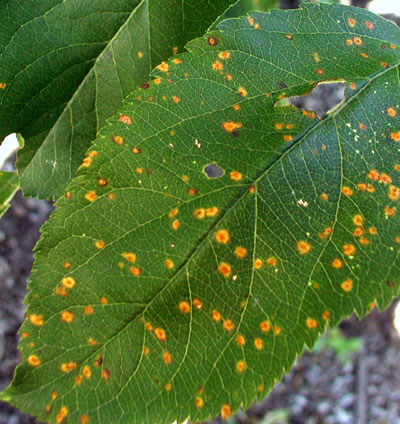 Diplodia is a common disease of Austrian and other pines.  The disease initially develops at the base of the tree and progresses upwards. Candles and needles begin to expand before becoming infected and dying. Key symptoms include dead shoots with needles half elongated, lots of resin and witches brooms’ dead shoots. Black fruiting structures are present between needles and on cones.
Control: Management includes good sanitation, pruning and applying fungicides beginning at bud swell. An effective active ingredient for control is thiophanate-methyl. 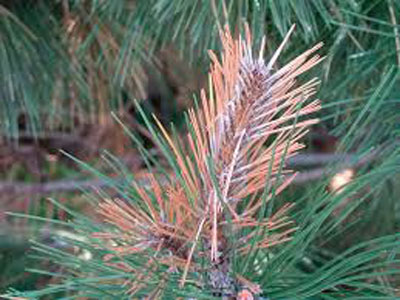 Dothistroma needle blight is a fungal disease that causes premature defoliation in mature trees and severe stunting and death of young trees. It can be found in more than 35 pine species and hybrids throughout North America. However, it is not found in the western Great Plains or the central Rocky Mountains.
Symptoms of yellow or tan bands on needles are detected in the fall, followed by needle tip dieback. Austrian, lodgepole, Monterey, and ponderosa pine are the most susceptible species in the United States.
Control: For management, begin applications of a protective fungicide at bud break. Products with the active ingredient combination copper hydroxide and mancozeb are known to be most effective. Pruning out severely infected branches can also help in managing the disease. 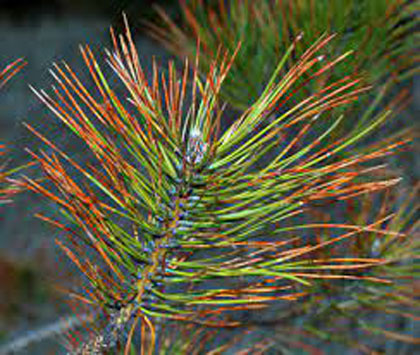 Powdery mildew is caused by a number of fungal pathogens that grow superficially on the plant surface producing white mycelia (fungal threads) and spores. It can be found in a host of trees throughout North America.
Leaf, Flower and shoot distortion and stunting occur when the fungus attacks young tissue. As the level of infection increases, the tissue becomes dried and brown. Premature defoliation may also occur. In susceptible Rose varieties, flower production may be inhibited.
Control: For management, select resistant varieties, avoid planting in shaded areas and over-crowding and practice good sanitation. Begin fungicide applications when symptoms are first noted. An effective active ingredient for control is triadimefon. 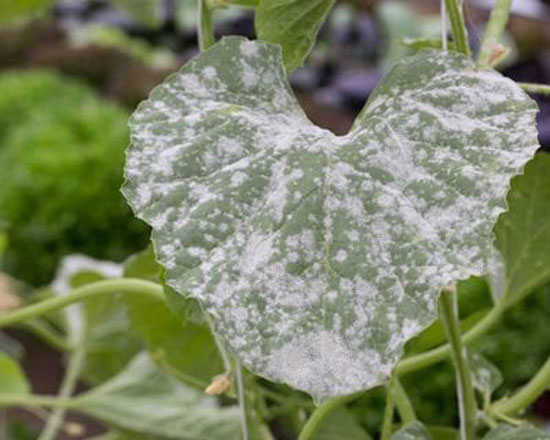 Symptoms and effects of the plant diseases caused by bacteria

Varieties and symptoms of plant diseases caused by fungi