5 Most Common Lawn Diseases & How to Treat Them 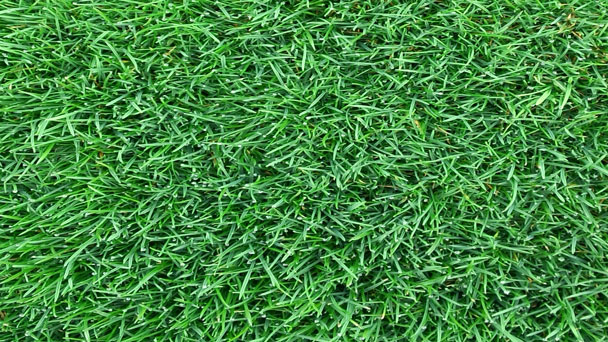 Lawn diseases are not usually a threat to a homeowner's lawn. Occasionally an outbreak will occur after an extended period of heat and humidity but for the most part, a lawn will remain relatively disease-free as long as it is maintained properly. Sports fields and golf courses are more susceptible to turf diseases due to their extensive use and intense conditioning but rarely will a homeowner need to apply a fungicide to the lawn either as a preventative measure or even as a treatment. Managing turfgrass can be tricky, so here are the top five lawn diseases not to be ignored.
Powdery MildewSnow MoldRed ThreadFairy Ring Brown Patch

Powdery mildew is a fungal disease common to many plants, each of which can be infected with its own species of the disease. Powdery mildew on lawns is the most common Lawn disease, Kentucky bluegrass specifically. Powdery mildew can appear quickly on a lawn, mainly in shady areas and more frequently during cloudy or overcast periods. Powdery mildew can be identified by a white dust appearance on the leaf blades.

Snow mold is a fungal disease that appears in the early spring as the snow melts. There are two types of snow mold: gray snow mold (also known as Typhula blight) and pink snow mold (sometimes referred to as Fusarium patch). Pink snow mold infects the crown of the plant and can cause more severe injury than gray snow mold which only infects the leaf tissue. Snow mold is caused when there is an extended period of snow cover on the ground that is not completely frozen. Snow mold can also occur under leaves that have not been cleaned up or amongst long grasses that should have been mowed once more before winter set in. 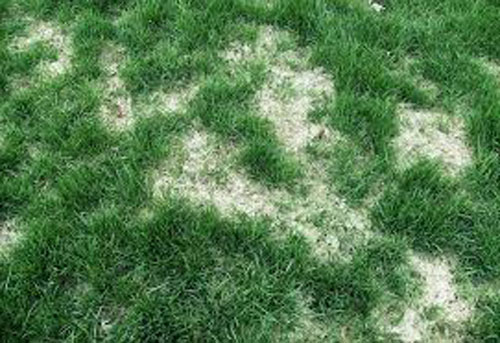 Red thread looks very much as you'd expect: you'll find red or pink webbing or thread on your grass.2 Red thread is most likely brought on by low levels of nitrogen in the soil. Red thread is a relatively harmless disease that can be used as a good indicator that it's time to fertilize the lawn. Cool-season grasses like red fescue, ryegrass, Kentucky bluegrass, and bentgrass are most susceptible. 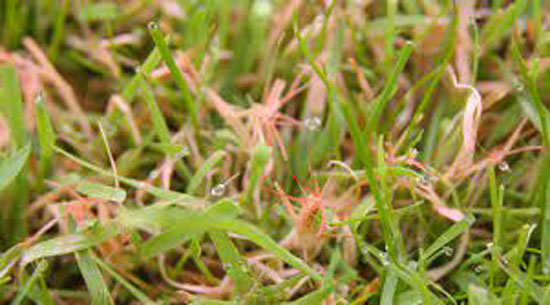 Fairy rings are naturally occurring arcs of mushrooms in grassed areas or forests.3 They can be incomplete or complete circles and can grow to be over 30 feet in diameter. There are three types of fairy rings found on lawns: those with a darker green flush of growth along with a zone of dying grass and mushrooms, those with only a darkened green ring and mushrooms, and those with only mushrooms. Fairy rings do not cause widespread damage and are very hard to get rid of so they are most often just left alone.

Brown patch appears as circular patches in the lawn that are brownish-yellow in color and range from six inches to several feet in diameter.1 It affects all cool-season lawn grasses but is especially harmful to ryegrass and tall fescue. Kentucky bluegrass and fine fescues can occasionally be affected, but the damage is usually minimal in these species. Brown patch also affects a variety of warm-season grasses including St. Augustinegrass and Zoysiagrass. Brown patch is most likely to occur during extended periods of heat and humidity when night-time temperatures remain above 68° F.Fortunately, the solutions to control brown patch are numerous and effective. The QoI family of fungicides (strobilurins) are among the best fungicide options for control of brown patches because they offer up to 28 days of control, as well as control of other diseases that may occur at the same time. 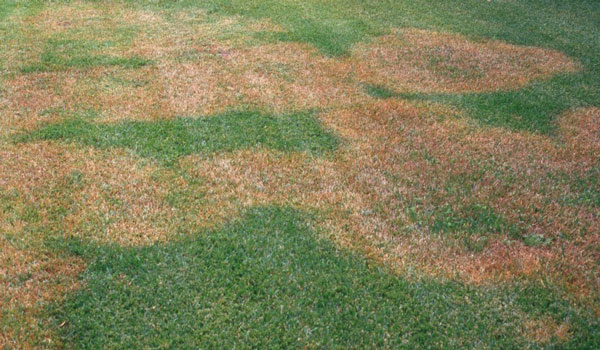