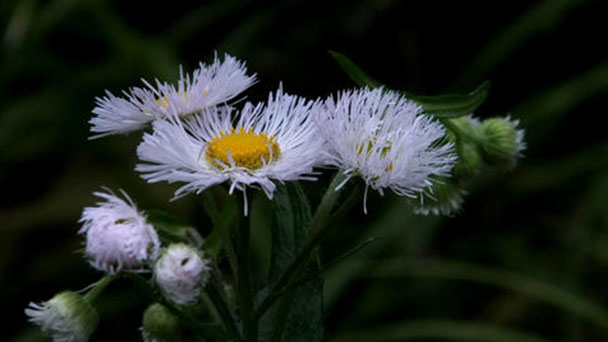 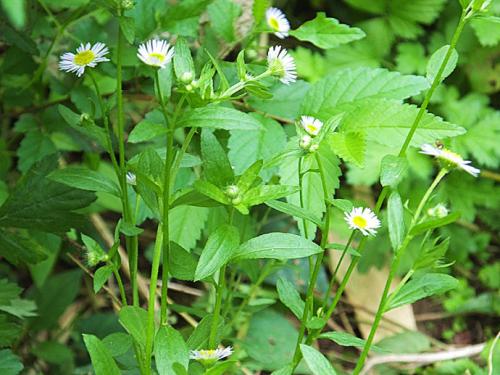 Achenes of Daisy Fleabane are lanceolate, oblate, crested heteromorphic; In female flowers, there is a very short membranous corolla joined into a ring; The outer crown hairs of bisexual flowers are very short and scaly, the inner layer is strigose, 10 -- 15.

Daisy Fleabane is an annual or overyear (biennial) herb. They are fond of fertile and sunny soil and can grow in dry and poor soil. 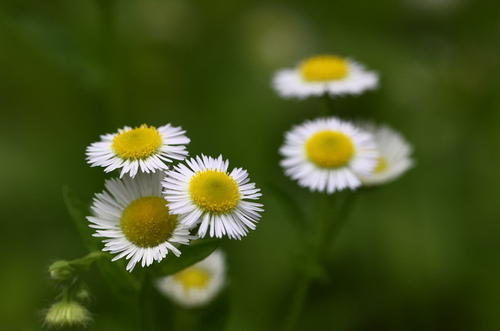 The seeds germinate in early spring or autumn, blossom in summer, bear Fruit in autumn, and propagate by seed.

Daisy Fleabane is distributed in the Americas and the provinces of Hubei, Jiangsu, Sichuan, Fujian, Anhui, Henan, Xizang, Jiangxi, Hunan, Shandong, Hebei, Jilin and other places, growing in the area of 200 meters to 2,200 meters above sea level, generally born in the roadside wilderness and hillside wasteland, has not been artificially introduced and cultivated.

Because of its strong reproductive ability and adaptability, Daisy Fleabane has been included in the list of alien invasive species and has been added to the pest system of Chinese agriculture. Daisy Fleabane often harms economic plants such as autumn harvest crops, wheat, fruit trees, tea and mulberry, and can also invade grasslands, pastures and nurseries, with large amounts of occurrence and heavy harm. Daisy Fleabane is also the host of the ground tiger. 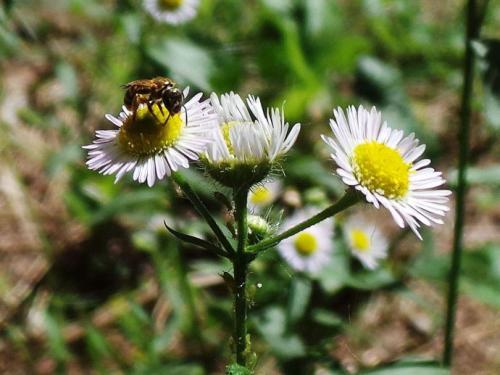 How to propagate Transvaal daisy

How to grow and care for Transvaal daisy

How to Propagate African Daisy